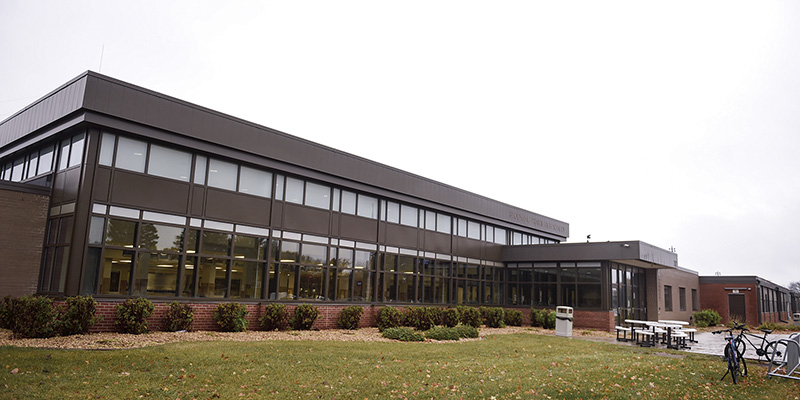 Blooming Prairie voters gave the nod Tuesday for a referendum that would allows for expansion of the high school and elementary school. Eric Johnson/photodesk@austindailyherald.com

This past Tuesday night, Blooming Prairie voters passed a pair of referendum bonding questions that will put millions of dollars toward improvements at both the high school and elementary schools.

The reason the bonds were put to voters in the first place was to meet a 4% annual enrollment growth over the last five years, which pushed the limits of existing infrastructure at Blooming Prairie’s schools.

With the referendum passed, work is slated to start next summer and wrap up the following year.

This is an exciting example of a district and community rising to meet a need that will benefit both the students and the City of Blooming Prairie. It starts with the growth of the community itself, which ultimately necessitated the need for expansion.

Families are finding homes in Blooming Prairie and recognize the value of education the school offers.

As more families move to the community, more opportunities will sprout.

One thing this paper particularly favors is the growth of Career and Technology Education (CTE) programming.

Years ago, it was often the next step for high school students to go to a four-year college after graduating high school. For some students this simply isn’t an option because of either money challenges or an unwillingness to commit to four more years of school.

Blooming Prairie Public Schools, which has begun to work with Riverland Community Colleges, understands that some students just will not go to a four-year college, but will instead look closely at the trades. This meets a need in the workforce for plumbers, welders and more.

BP administration — and the voters — recognize this. The CTE programming at Blooming Prairie  will now be able to expand and offer even more opportunities.

By passing these two questions, voters and the district have become an example of modern education possibilities and we applaud them for their vote “yes” on a better future.