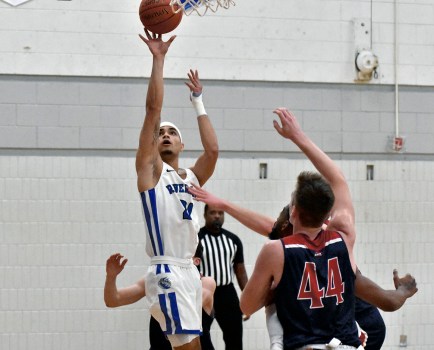 Riverland’s Joe Burgos puts up a shot in the paint in Riverland Gym Monday. Rocky Hulne/sports@austindailyherald.com 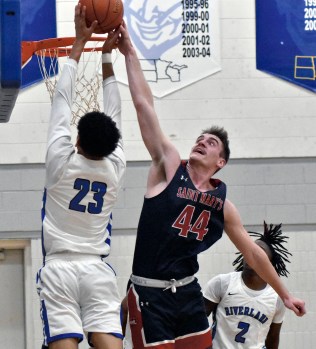 RCC took took over the lead about midway through the second half when Malik Cooper hit a three to make it 43-40 with 10:05 left, but the Blue Devils weren’t able to break the game open until the final minutes. RCC was clinging to a 60-57 lead when Dominik Bangu pulled down an offensive rebound to set up Cleveland Bedgood, who drove for a score to make it 62-57 with 35 seconds remaining.