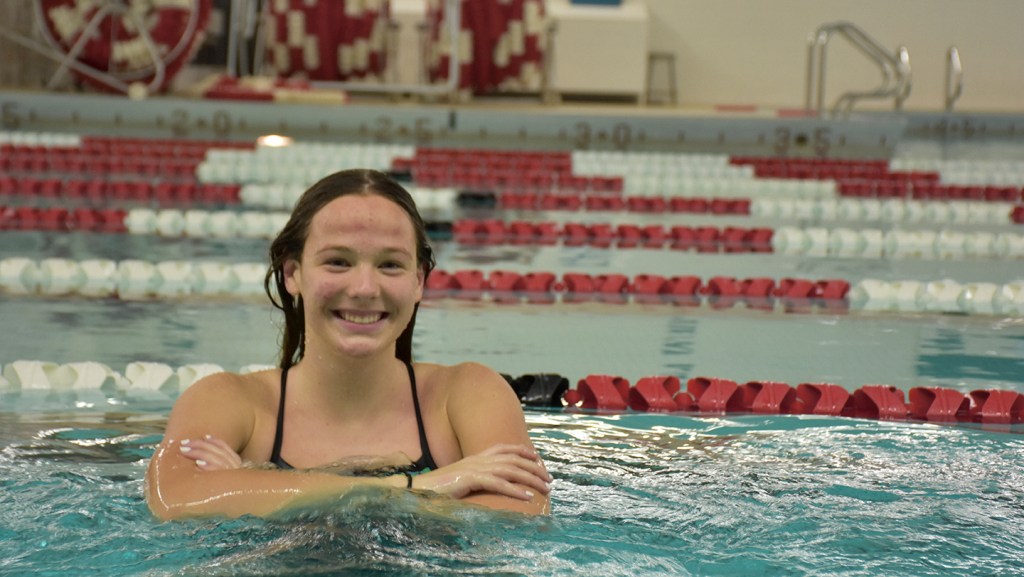 When Austin junior Olivia Walsh nearly made the state swimming and diving meet as a freshman, she didn’t think she’d have to wait two years to qualify, but an injury and a worldwide pandemic changed all that. But Walsh will finally get her chance to swim in the Minnesota Class A State Swimming and Diving Meet this Friday in the Jean K. Freeman Aquatic Center at the University of Minnesota.

Walsh will represent the Packers in the 50-yard and 100-yard freestyles after last year’s state meet was cancelled due to the COVID-19 pandemic. Walsh would’ve missed her chance at state last year anyway as she missed the second half of the season with an injury. Walsh spent a good portion of her summer playing AAU basketball, so she wasn’t able to get back into swimming until this season began. Now she’s missing the first week of basketball practice to swim in the biggest meet of the year.

“I’ve been close to state since my freshman year when I missed the 100 by one place,” Walsh said. “I knew I had to push myself more this year. Towards the end of the season, I knew I was getting close and I just kept hoping that tapering would help push me over the edge to get that time.”

This will be Walsh’s second state competition in less than a year as she also played on the Packer girls basketball team that made it to the Minnesota Class AAA State Girls Basketball Tournament last year.

“Experiencing winning and going to state helped motivate me for getting to state this year, because of how fun it was last year,” Walsh said.

Although she’s the last Packer swimmer left competing, Walsh did have the support of teammates Jaycie Pollack and Alivia Hemry in the pool with her last Monday. Walsh pushed the practice to the limit, spending extra time working on her start.

“It’s been really hard having to practice on my own, but Jaycie and Alivia have been here and it’s been really great having them support me,” Walsh said.

The last time Walsh swam at the U of M, she was eight years old competing in a YMCA state meet. Things will be a little bit different this time around and the times will certainly be faster.

“It’s a little bit intimidating, but I hope that seeing them out of the corner of my eye will make me swim faster and help me get my time down a little bit more,” Walsh said.

Walsh will swim in the Class A preliminaries at noon on Friday and the finals will be held at noon Saturday.