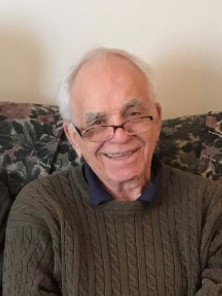 Bill was born January 10, 1932 to Victor and Sylvia (Schroeder) Himmler in Austin, MN; he was the oldest of two children, with Thomas Himmler being his younger brother. Bill graduated from High School in 1950 and joined the USAF enlisted service for 3 years, serving in Korea as a flight controller. After completing his service time, Bill went back home to Austin and attended the local junior college. During that time, he met his future wife, Charlotte at an Austin bowling alley. Bill and Charlotte were married August 27, 1955. They moved to West Des Moines, IA and after Bill graduated from Dana College; they adopted 2 sons, Kurt and Bruno. During that time, he also completed his flight training and earned his private pilot license. After spending a few years working for Standard Registries in Des Moines, they moved to Ottumwa, IA where he worked for John Morrell. In 1972, Bill and his family were transferred to Sioux Falls, SD, where he worked in the John Morrell Data Center for 17 years. In 1990, Bill and Charlotte moved to Independence, KY where they lived until 2018. Bill soon thereafter retired in 1994, but kept busy volunteering at the Cincinnati Nature Center and United Ministries.

Bill and Charlotte returned to their roots settling in at Cedars of Austin in July 2018. He had recently moved to Quail Ridge in Pocatello to be closer to family.

Bill was a dedicated husband and father who enjoyed golf, fishing and playing cards.