The road so far: KSMQ begins construction on Broadcast Center 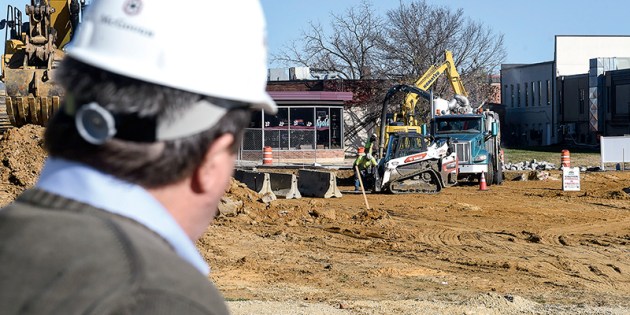 KSMQ President Eric Olson watches as crews work on getting utilities connected underneath Oakland Avenue Monday morning at the site of what will be KSMQ’s new Broadcast Center in downtown Austin. Eric Johnson/photodesk@austindailyherald.com 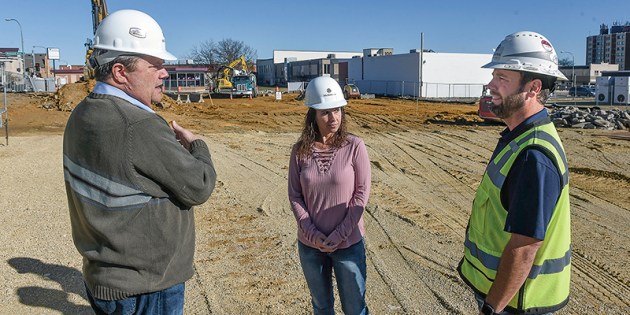 McGough Job Supervisor Josh Schaefer, right, talks to KSMQ President Eric Olson and Board of Directors member Diane Petrik about some of the early work going on at the site of the new Broadcast Center in downtown Austin Monday morning. Eric Johnson/photodesk@austindailyherald.com 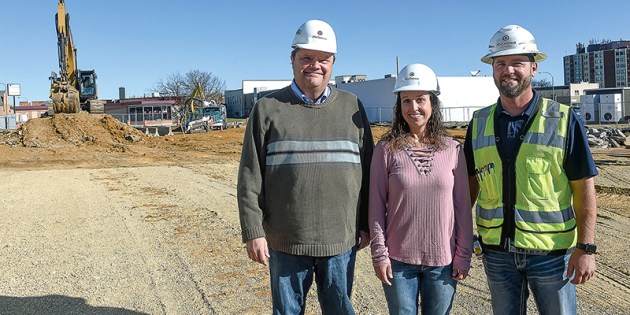 KSMQ President Eric Olson, from left, member of the Board of Directors Diane Petrik and job supervisor for McGough Josh Schaefer stand at the site of KSMQ’s new Broadcast Center, currently in the early part of construction. Eric Johnson/photodesk@austindailyherald.com 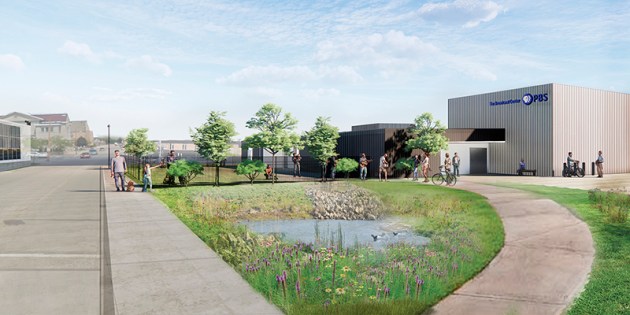 This artist’s rendition of the KSMQ Broadcast Center shows off a green space that will be open to the community. Photo provided 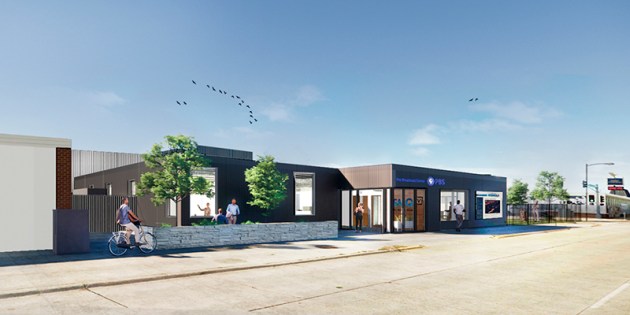 When KSMQ broke ground on its new Broadcast Center earlier in October, it was a big step in realizing a project that has been in the works for five years.

The 10,000 square foot Broadcast Center is set to begin broadcasting next year, but the road to get this far in the first place not only reflects a journey to bring increased exposure to the public TV station, but is a reflection of the station itself.

The story of a little station doing big things.

“It’s a valuable resource and it needs to stay here, even though we’re very, very small,” said KSMQ President Eric Olson. “We’re the smallest PBS station in the country.”

KSMQ was established in 1972 and has called Riverland Community College home from the beginning. However, since the earliest days, the station has expanded outside of its original purpose of delivering educational programming to the community.

In fact, in first years, public television programming was operated by school districts.

“KSMQ was an educational outlet for the high school and the community college,” Olson said. “Broadcasting basic math, accounting, business skills to rural folks who didn’t have access to other media and education.”

However, as education evolved and technology became more prevalent, the public stations started to drift away from the new modes of education of the school districts.

This left the public station with some decisions to make, and one of those was now to determine which of three licenses it needed to continue operating.

“There’s always a local responsibility baked into the cake of PBS,” Olson said. “When you are linked with the school district you have resources to draw upon. To find educational content and to fulfill that mission.”

KSMQ has remained at its home at RCC, tucked away in the school’s East Building with only the large broadcast dishes and tower to outwardly mark its location aside from a blue door with KSMQ written on it.

After surviving a rough patch of time in 2005, KSMQ began to rebound behind, “very inspired leadership,” Olson said.

Visions of what KSMQ could be began to take shape and behind the leadership of people like Pamela Bishop, who in 2016 was president of the Board of Directors, an idea of growth began to take hold.

But it took a lot of strings being pulled toward one goal: How to best serve viewers of the station’s 22 county broadcast arc.

Olson, a veteran of broadcast journalism in the Twin Cities, came to KSMQ in 2011 as efforts were starting to lean toward the new building. From the very beginning he had one vision of where it needed to be — even if it was the more expensive option.

“We needed a new building and I wanted it downtown and the city helped deliver that,” Olson said.

The reason for building new was because broadcast studios have their own requirements, including how best to keep sound in and sound out. Moving into an existing structure and renovating it just wasn’t an option.

The options available put the station on the outskirts of Austin and were cheaper to build. But now work is underway at 107 East Oakland Ave.

Before that, KSMQ had to first worry about funding.

KSMQ was able to receive funds through the State of Minnesota in the form of bonding dollars, but to get that it needed to go through the state senate and house.

With help from then Sen. Dan Sparks and Rep. Jeanne Poppe, along with a host of others, KSMQ was able to lock down the needed funding.

From there, the City of Austin helped with the downtown location, believing as KSMQ did that the option of placing the station in the heart of the community was the best way to go for all parties.

“I would chime in and say just the amount of traffic that goes one way on this road, and they are going to see this building every single time,” said current Board of Directors member Diane Petrik. “It’s going to be amazing.”

It also brings KSMQ into close proximity with other major entities of downtown Austin, including City Hall, the Government Center and the Mower County Sheriff’s Department.

“People are going to know where we are,” Olson said. “Riverland was great, but we are behind the back building. People thought we were a radio station. For something on air for 50 years, that’s kind of a sign.”

The Broadcast Center will also help KSMQ grow its viewer base in a more robust way. Primarily, KSMQ and other Public Television stations are funded primarily by the Corporation of Public Broadcasting, along with donations from viewers.

There are no commercials to generate revenue.

As KSMQ has been able to expand its programming in recent years over four channels, including the popular in house productions “Off 90” and “Let’s Go, Minnesota!” so does the new Broadcast Center open up even more possibilities. That includes the community.

“For Austin in general, there is a green space as part of the building, which is meant to be used by the community,” Petrik said. “In the building are community rooms that can be used or rented.”

That gives the entire City of Austin a certain level of ownership and vested interest in the building.

“It makes sense to be right here with other public entities,” Olson said.

Currently, the work is focusing on laying footings and foundations, as well as getting tied into the utilities under Oakland Avenue. Once the electrical and mechanical elements are laid, the waiting game begins.

“Then we will basically cover it up, just because we’re having some procurement issues getting structural steel,” said Josh Schaefer, job supervisor for McGough, which is building the Broadcast Center and built the Spam Museum prior to that. “Hopefully that is delivered in February and then we’ll ramp right back up and we’ll continue rolling.”

Schaefer expects the job to be completed in the third quarter of next year and then KSMQ is off and running as becomes part of an evolving look to Austin that in recent years has seen plenty of new projects come to downtown Austin, most recently the MacPhail Center of Music, built into the site of Austin High School’s annex building and used conjointly by the school.

Just the thought of being able to contribute on that scale is an exciting opportunity to Olson.

“To be part of this exciting new vision for Austin, I’m goosebumping just thinking about it,” he said. “It’s built a stronger community of people knowing each other through these projects.”