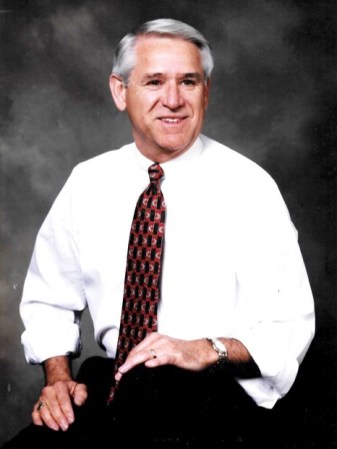 Ron Emil Doggett was born on December 2, 1934 to Inez Baldus Doggett and Emil Day Doggett in Austin, Minnesota. He passed at his home on October 4, 2021.

He was predeceased by two sisters, Shirley Patterson and Gwen Jordan.

Ron will be remembered as a devoted Catholic, a loyal husband, a patient father, a loving grandfather, a good friend, a generous philanthropist and an entrepreneurial dreamer.

Ron grew up on a dairy farm in Oakland Minnesota, where he and his four sisters attended the Lugg one-room school house, from first through eighth grade. Ron later graduated from Pacelli Catholic School in Austin, MN, and continued to work on the family farm before enlisting in the United States Army in 1955. He was stationed at Fort Bliss, TX, and honorably discharged in 1956. Ron then attended Mankato State College, and graduated with a degree in economics and business administration in 1961.

Ron began his career with General Mills as an internal auditor in 1961, and married Jeanette in 1962. He was appointed Vice President and Chief Financial Officer of Slim Jim, Inc., a division of General Mills, in 1967. Slim Jim, Inc. was later renamed GoodMark foods, and Ron moved to Raleigh in 1970 to serve as its Assistant Controller. In 1982 Ron led a unique leveraged buyout of GoodMark Foods. He took the company through an Initial Public Offering in 1985. In 1993 Forbes Magazine named GoodMark Foods as #11 of the 100 Best Small Companies in America, and Ron was selected as Inc. Magazine’s Entrepreneur of the Year in Manufacturing. GoodMark was acquired by ConAgra Foods in 1998, and Ron remained Chairman and CEO until his retirement from ConAgra in 1999. He was initiated into the Order of the Long Leaf Pine by the State of North Carolina in 1999, and in 2004 he was inducted into the NC Business Hall of Fame. In 2014 he was presented with the Greater Raleigh Chamber A.E. Finley Distinguished Service Award.

Ron served on numerous corporate, academic, church and nonprofit boards, with the intent to be transformative with his business knowledge and his passion for helping others. In 1999, Ron was named Philanthropist of the Year by the N.C. Planned Giving Council, a tribute to the charitable groups he and Jeanette were actively engaged with, such as The WakeMed Hospital and Foundation, Holy Name of Jesus Cathedral in Raleigh, Mankato State University, The Food Bank of Central and Eastern North Carolina, Habitat for Humanity of Wake County, The North Carolina Museum of Art, and St. Francis of Assisi Catholic Church in Raleigh.

Ron loved to garden, fish, hunt, be a handyman and refinish furniture. He was known for delivering bouquets of his backyard peonies, tulips and hydrangeas to his neighbors, family and friends. What he truly treasured most was family time, be it attending Mass, watching sunsets from his deck in Emerald Isle or sharing a meal together. He often said that his ultimate measure of success in life was to be remembered as a good husband, father, grandfather and friend.

A funeral mass will be held Monday, October 11th at 11:00 AM at Saint Francis of Assisi Church, 11401 Leesville Rd. Raleigh, NC 27613. If you cannot attend, the funeral mass will be live-streamed by clicking on the following link at the time of the service: https://boxcast.tv/view/funeral-liturgy-for-ron-doggett-cenr0bbtpwnfgqbdmsiz

A committal service will be scheduled at a later date and will be private.

Condolences may be made through www.brownwynneraleigh.com