Charles Dankworth VI, a parent of a Woodson Kindergarten Center student, appeared in front of the board, angry over the mask mandate and indicating that he had pulled his son over the measures.

“There is mass hysteria, mass psychosis going on in our society,” he told the board. “If things stop making sense, I’m out, I’m done. I will not participate in this charade anymore.”

Dankworth told the board that they were caving to recommendations from the Centers for Disease Control and Minnesota Department of Health, indicating that they “wrote a non-sensical rule that you guys could not follow. The only way we could do this is with a mask mandate.”

Early in the current school year, APS instituted the mandate in response to rising COVID-19 case numbers and recommendations from the state. In weekly reports to parents and staff from Superintendent Dr. Joey Page, the number of cases within the district has not been over 36 cases.

Last week’s report showed 35 reported cases in the district, just under the highest total of 36 the week of Sept. 18.

Dankworth said that he believed he was taking necessary steps to protect his son.

“I will not allow adult fears to be placed on him,” he said. “I will not comply with your mask mandate. I have not been sending my son to school and I’m not happy about that.”

Neither the board nor Page responded during the delegations portion of the meeting in which Dankworth spoke, but Page did say afterwards that parents are encouraged to review the district’s COVID-19 page that people can view by visiting the APS website at www.austin.k12.mn.us/, where people can also find forms to opt out of the mandates on  medical and religious grounds.

“I appreciate concerns on these things and people asking questions,” Page said.

• Members of the Austin School Board and administration thanked the Executive Director of Finance and Operations Lori Volz, who will be leaving the district after next Monday to work in the private sector.

“This is Lori’s last board meeting,” Board Chair Kathy Green said. “Very few things have happened in this district in 20-plus years that Lori hasn’t impacted. Thank you from the bottom of our hearts.”

• Director of Information Services Corey Haugen reported that enrollment continues to go up in the district.

“We’re seeing a good rebound coming back after the initial pandemic,” Haugen said. 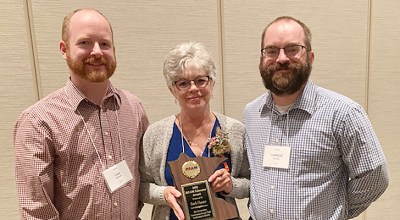