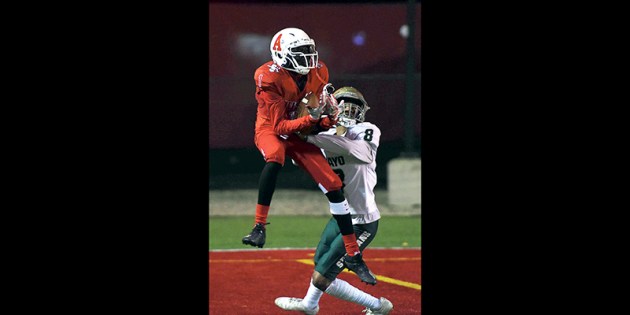 Austin’s Manny Guy hauls in a touchdown pass in front of Rochester Mayo’s Jamal Beale at the end of the first half Friday night at Art Hass Stadium. Eric Johnson/photodesk@austindailyheerald.com 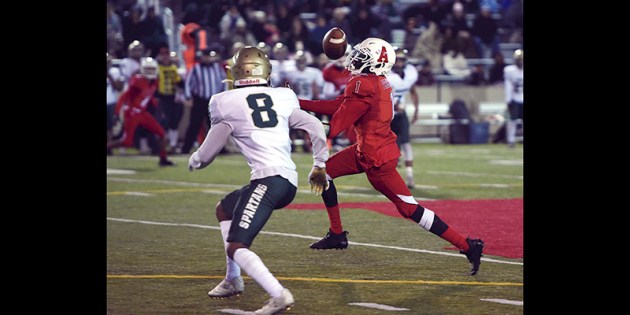 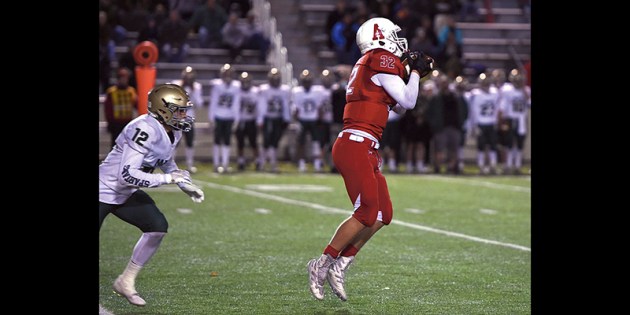 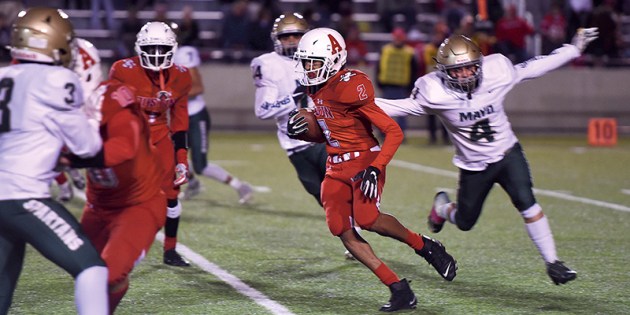 Austin’s A’triel Terry cuts back on a carry against Rochester Mayo in the first half Friday night at Art Hass Stadium. Eric Johnson/photodesk@austindailyheerald.com 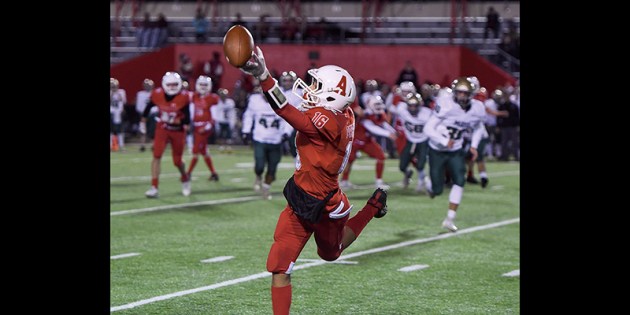 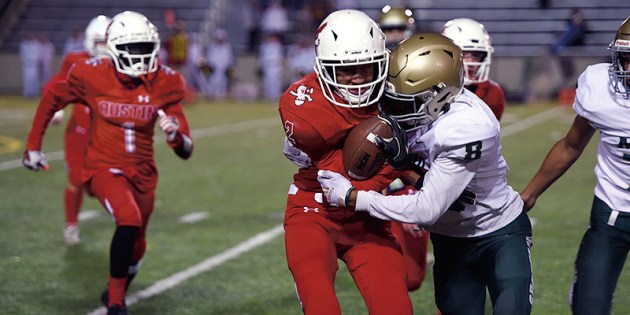 The Austin offense kept the chains moving against one of the top teams in the state, but the Spartans had too much firepower as they topped the Packers 42-20 in Austin’s final home game of the regular season in Art Hass Stadium Friday.

Neither team punted throughout the game as both offenses were rolling. After trailing 28-7 late in the first half, Manny Guy hauled in a 38-yard TD pass from Jack Lang with four seconds left in the second quarter and Austin opened the second half on a 14-play drive that ate up eight minutes of clock. That drive ended when Joseph Walker bullied up the middle for a 14-yard TD that brought Austin within 28-20.

Austin senior Andrew Sayles helped give a Packer offensive line a boost, even though a couple of starters were out with injuries.

“Even though we lost, I’m extremely proud of the effort our boys had today,” Sayles said. “With effort, teamwork and cooperation, it’s amazing what we can get done. I’ve been keeping guys after practice and making them run. We realized we have to put the extra step in and then you get results.”

No. 6 ranked Mayo (6-1 overall) put things away when Noah Smith broke off a 17-yard TD run to make it 35-20 with 1:07 left in the third quarter and the Spartan defense stopped Austin’s ensuing drive when they held Walker to a 12-yard catch on fourth and 15 from Mayo’s 32-yard line.

Austin head coach Ed Schmitt liked the effort he saw from his team, especially with a roster that was ravaged by injuries following a 76-0 loss at Mankato West last week.

“I don’t know what it is about this stadium and our home crowd, but all year we’ve played a lot better at home than we have on the road,” Schmitt said. “We’re just kind of moving guys around until the guys who are dinged up come back. I’m super proud of their effort. The linemen on offense were very impressive tonight. If you would’ve asked me 24 hours ago if we were going to move the ball up down the field like we did tonight, I would have said no. But they believed in themselves.”

Austin (0-6 overall) will wrap up its regular season in Albert Lea at 7 p.m. Wednesday night.