Our Opinion: City makes the right decision on property 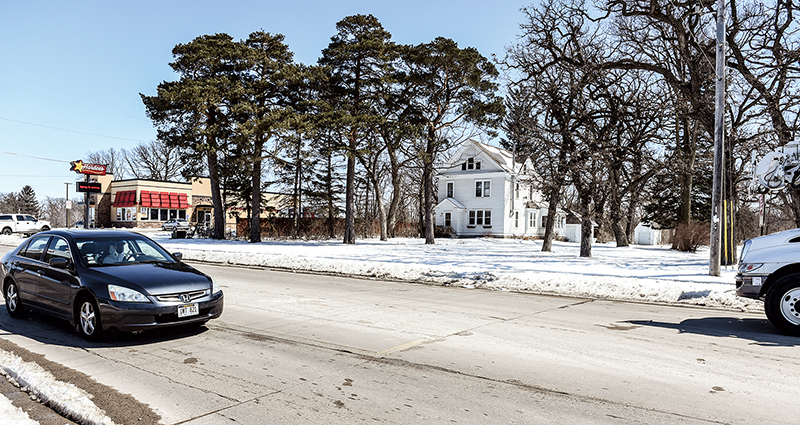 The Austin City Council’s decision Monday night in favor of a rezoning request on the Baudler Property at 1400 Fourth St. NW was the right decision.

The property, which sits next to Hardees, has been ready for development for over 20 years and as Mayor Steve King noted, “This seems like a piece of property that is fit for this kind of redevelopment for our city.”

The property, which is currently zoned for single-family residential, will now be split into two parcels, with one parcel possibly being the new home of Scooter’s Coffee, a drive-thru coffee shop.

At the same time, the remaining parcel could be used as a small office space.

This decision went against the Austin Planning Commission’s unanimous recommendation against rezoning, which was made during an Oct. 12 meeting and included residents from 10 nearby properties that objected to the move.

The commission cited increased traffic and possible effects on the health and wellbeing of residences.

Residents also objected to Gold Cross Ambulance’s relocation to the spot in 2018, with concerns of increased traffic in the area as well as creating a noise nuisance due to ambulance sirens.

That move was understandable, but to have the property continue to sit unused doesn’t make fiscal sense for the city or prospective businesses coming to Austin.

The businesses that come to call that location home, while not having a large impact on the community, will continue to build Austin’s viability and will reflect growth, which in turn becomes even more attractive to bigger businesses looking at Austin as a possible location.

While it’s important for the council and other government bodies to listen to the citizens they represent, in this case the right decision was to move forward and develop a property that has been undeveloped for over two decades, with no indication that a single-family home would be built on the property.

Conversely, Councilman Jason Baskin and Councilwoman Joyce Poshusta brought up safety concerns for the busy stretch of road, and they are 100% correct to ask these questions. In the long run, this will be an important part of the conversation when developing — a conversation that must include citizens in that area.

Traffic will be helped by the bridge the Minnesota Department of Transportation will replace in 2023, but the Council will have to look into ways to continue making that main thoroughfare through Austin safer still.

But in the grand scheme of things, Austin will be helped economically by this move, and as that improves, so do the lives of those who live in Austin.