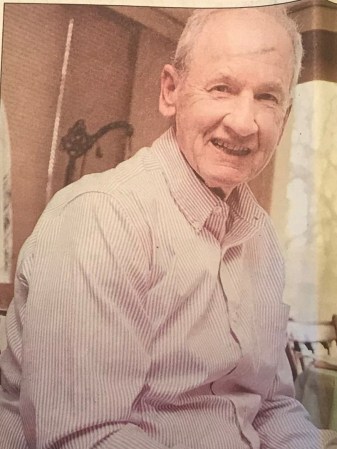 Austin, MN. Wayne Ivan Nemitz, 86 died on Friday, September 10, 2021 at his home in Austin. Wayne was born on July 24, 1935 to Robert and Esther Nemitz. He married Sally Sherman in January 1955 and the couple moved to Fort Dodge, IA where he was employed by Hormel. In 1981 they re-located to Ottumwa, IA. The couple retired to Austin in 1998 to be near family and reconnect with friends. They were featured in an Austin Daily Herald article on Sunday, February 6, 2005 about people who had returned home to live. Wayne was known for his strong faith, quick wit, cartoon characters, and love of Minnesota sports. He created his locally famous greeting cards under the pen name of W.i.Fly throughout his life; selling nearly 800 ideas to national greeting card companies and creating personalized cards for family, friends and Sunday school students.

He is survived by his wife Sally, children Robert (Jeanine) of Fort Dodge, IA, Linda of Austin, Julie (Andy) Stroh of Beloit, IL, Laura (Mario) Rodriguez of Texas, and Bill of Minnesota, six grandchildren, eight great-grandchildren, siblings Curtis Nemitz and Roxie Marpe, and many nieces and nephews. He was preceded in death by his parents, and brothers Mick and Brian.

Wayne’s wishes were to donate his body to research through the Mayo Clinic. A memorial celebration of his life will be planned for a later date. The family invites friends and relatives to visit our on-line memorial page at http://www.never-gone.com/memorials/waynenemitz  to view photos, and many newspaper articles written about Wayne over the years, sign the guest book and leave a memory or word of comfort.