Vikings can’t hold up against Tigers 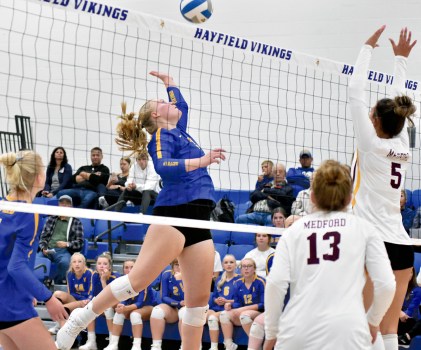 Hayfield’s Allison Meier goes up for a hit against Medford. Rocky Hulne/sports@austindailyherald.com 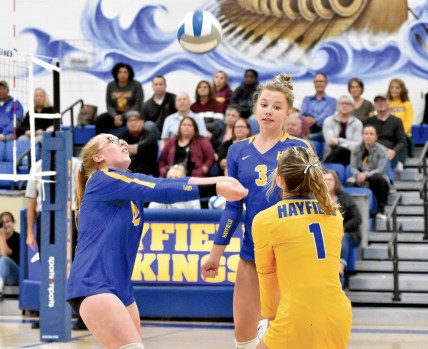 Anna Bamlet makes a dig for the Vikings in Hayfield Thursday. Rocky Hulne/sports@austindailyherald.com 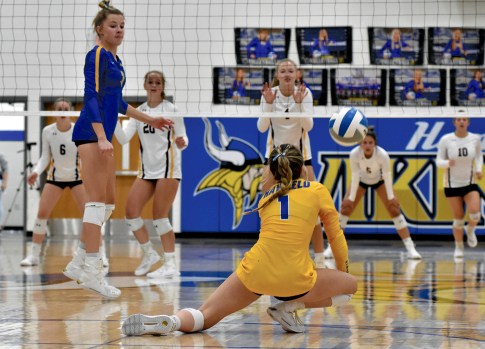 Hayfield’s McKenna Chick (1) drops down to make a dig against Medford in Hayfield Thursday. Rocky Hulne/sports@austindailyherald.com 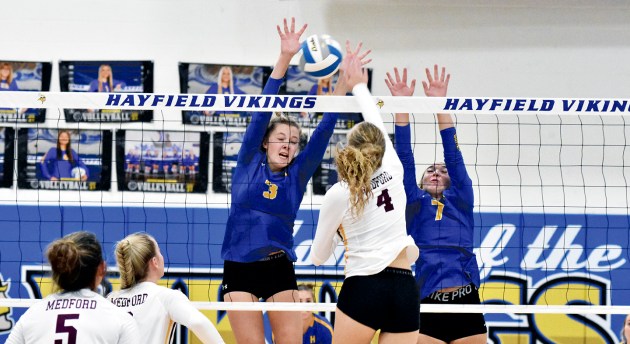 Medford (4-2 overall) never had any big leads, but the Tigers were able to stay in control for much of the match.

Hayfield head coach Johanna Kruger was hoping her team would push a little bit harder on defense to force the issue against a tough Medford team.

“They’ve always been a strong team since I was playing in high school,” Kruger said. “It’s hard because they made a lot of errors too, but we made more than they did. We struggled on defense tonight. We’re usually a really scrappy team and usually we get a lot of balls, but tonight we were slow and hesitant.”

The Vikings (5-6 overall) had big chances in each of the first two games, but they weren’t able to make the plays they needed down the stretch. Hayfield pulled to within 24-23 on a Reese Bauman kill in the first game and the Vikings led 16-14 in the second game, but the Tigers held Hayfield to three points the rest of the way.

“I think we just needed to be a lot scrappier and we had to hit to our full potential. They tested us and they had a huge block as well,” said Bauman, who had 14 kills. “(Overall) I think we’re in a pretty good spot. We just need to play more as a team, play more scrappy and close the block. We have to do the little things that add up to winning.”