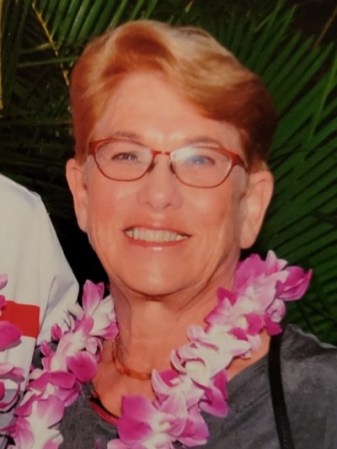 Therese Marie “Tracy” Soukup passed away suddenly and unexpectedly at home on September 7, 2021. She was 79. Born in Austin, Minnesota on January 13, 1942, to Dolores and Harold Rockers, Therese grew up on the family farm just outside of town, one of nine children. She graduated from Austin Pacelli High School and earned her bachelor of arts degree in education from the College of St. Teresa in Winona, Minnesota.

Immediately upon entering college, Therese decided she needed a nickname and began calling herself (and having others call her) Tracy. This was a source of endless confusion for her children, who, when visiting their grandparents or uncles and aunts, were never quite sure who they were all talking to or about when they used the name “Therese.”

The newly-renamed Tracy began teaching 1st-grade in the Twin Cities in 1964 and, not long after, met her future husband, Rod, an electrical engineering graduate student from Montgomery, Minnesota. The two were married on December 18, 1965, and decided their honeymoon destination by “driving south until it got warm.” In the record-setting winter of 1965-66, that led them to the balmy (70+-degree) breezes of beautiful and scenic St. Louis, Missouri.

Throughout the 1970’s – from Burnsville, Minnesota to Iowa City, Iowa, and eventually to Lincoln, Nebraska – Tracy was a full-time stay-at-home mother to her children and an occasional substitute teacher for the Lincoln Public Schools. In 1987, she fought and won a long and bitter battle with uterine cancer.

Over the next three decades, she worked in registration at the University of Nebraska, spent more than twenty years working and, more to the point, making friends at Younkers department store, and was “Grammy” to her seven grandchildren. She and Rod traveled extensively, covering all four corners of the globe, and she relished every opportunity to be out, about, and socializing. More than any other activity, however, Tracy loved to garden. Over the 27 years after she and Rod built their dream home, she turned the backyard (and much of the front yard) into an outdoor oasis, her cherished and adored garden.

Tracy was preceded in death by her mother Dolores Rockers, her father Harold, her big brother Dave, her kid brother Gerry, and, of course, her husband of 55 ½ years, Rod, who passed away just two months ago, after a long struggle with pancreatic cancer. Without a doubt, her exhaustion from fighting this battle with him and her suffering at his loss persuaded the Good Lord to call her home to be with her beloved again. She is survived by her three sons, Rick, Mike (Annamarie), and Steve (Melissa), as well as her seven grandchildren.

Visitation will be Tuesday, September 14, 2021 from 12pm to 8pm and a Rosary at 7:00pm both at Butherus, Maser & Love Funeral Home-Lincoln. Mass of Christian Burial will be Wednesday at 10:30am at Saint Joseph Catholic Church, 1940 S. 77th Street; Lincoln. Burial will follow at Calvary Cemetery. The family has asked that in lieu of flowers, memorial gifts be made the Lincoln Parks Foundation, with a designation for the Trendwood Park Project.

Butherus, Maser & Love Funeral Home will be handling the arrangements. Online Condolences can be left at www.bmlfh.com