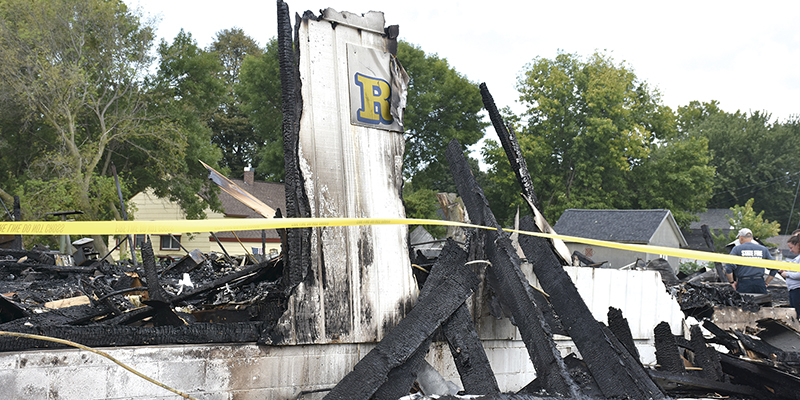 The Rohler Rink in Brownsdale was destroyed by a late night fire earlier this month. Herald file photo

The cause of the fire that destroyed the Rohler Rink in Brownsdale is “undetermined,” according to a report by Steve Wolf, lead investigator from the Minnesota State Fire Marshal Division.

The fire occurred on the night of Saturday, Sept. 4, and was reported at about 10:47 p.m. by a neighbor who was returning home and saw smoke coming from the Rohler Rink, located at 317 Market St. in Brownsdale. The building was unoccupied at the time.

One firefighter sustained non-life threatening injuries and another suffered from smoke inhalation, according to Brownsdale Fire Chief David Pike.

Wolf stated in the report that the damage hampered the investigation.

“Based upon the severity of damage to the structure, contents, wiring, and any electrical items, it is not possible to even determine an exact area of origin,” Wolf noted in his report. “We concluded the day with an undetermined area of origin and cause.”

The building and its contents are a total loss.