Packers keep the pace with a win over Tigers 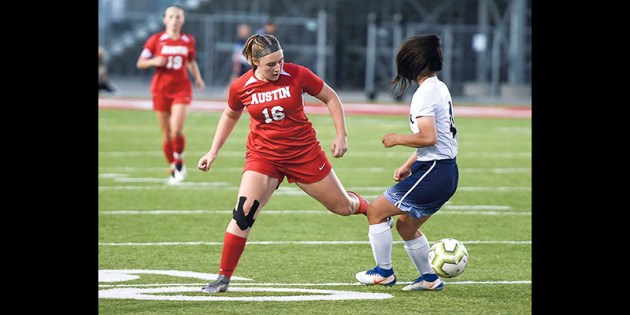 Austin’s Isikiyah Hemann tries to push the ball through during the first half against Albert Lea Thursday night. Eric Johnson/photodesk@austindailyherald.com 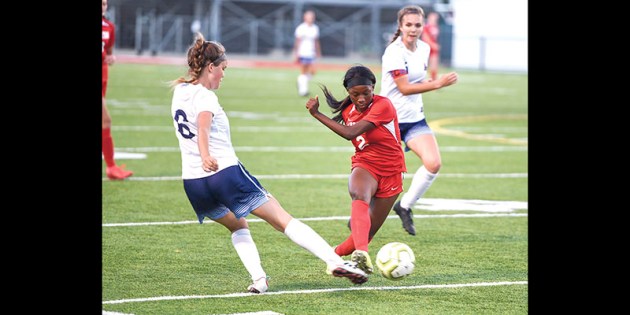 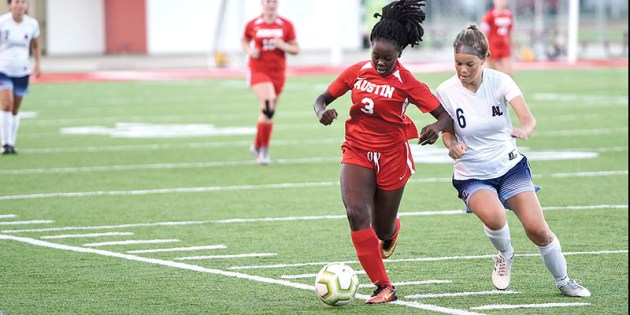 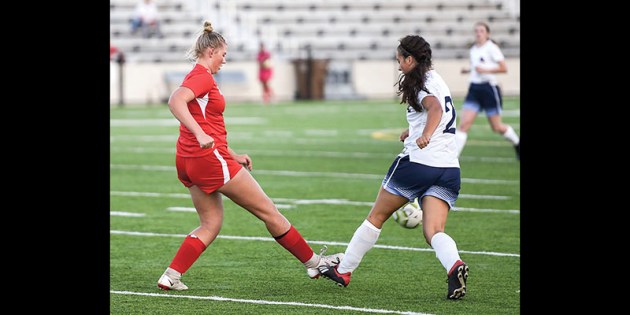 The Austin girls soccer team stayed steady and focused throughout the night as it beat Albert Lea 2-1 in Art Hass Stadium Thursday.

The Packers (1-5 overall, 1-4 Big Nine) took the lead in the second half when senior Isikiyah Hemann crushed a 30-yard crossing shot to the back corner of the goal to make it 2-1 with 34 minutes left in the game.

Hemann also helped put Austin on the board in the sixth minute of the game when she found Marie Tolbert on a crossing pass. Tolbert was able to take the pass and put it through the goal.

“Marie played really well. She has a lot of speed, which opens up a lot of runs and opportunities,” Hemann said. “We weren’t doing too well for awhile before this game and this breaks our losing streak. It helps us build momentum.“

While Hemann was excited to score the game winning goal, she was just happy to score a win over the Tigers during her senior season.

“We’re always rivals with Albert Lea so we’re always glad to beat them. We came out with a lot of fire,” Hemann said.

The game was the third contest in four games for Austin and Monday and Tuesday saw the Packers lose by a combined score of 18-0, but the team made a quick turnaround in Wednesday’s practice to get ready to play.

“We didn’t really have time to come together and really focus,” Austin head coach Jake Levisen said. “We had a good practice yesterday and we talked about pushing ourselves and our teammates to get better every practice and every game. The girls really embraced that philosophy tonight.”

Austin played consistently against AL as it limited the Tigers’ opportunities by holding possession.

“We got to see what we were working on with our attack and our containment,” Levisen said. “I’m very impressed by the girls, because as coaches, we always want them to believe in themselves as much as we believe in them. That showed tonight.”

Mya Walters had seven saves for Austin and the Packers had eight shots on goal.