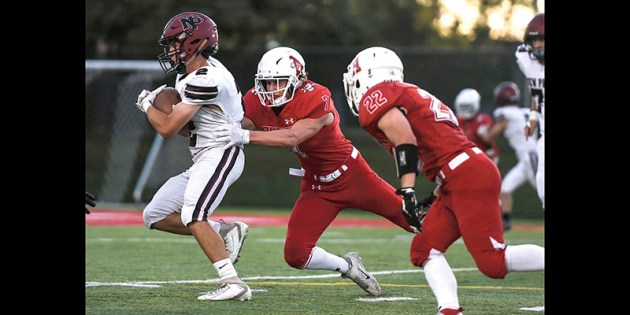 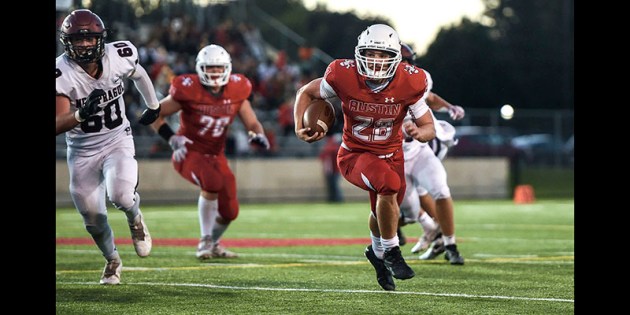 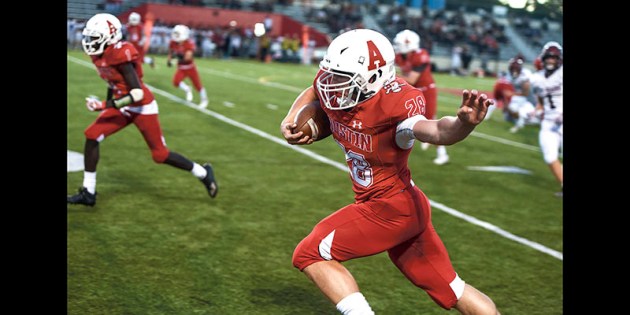 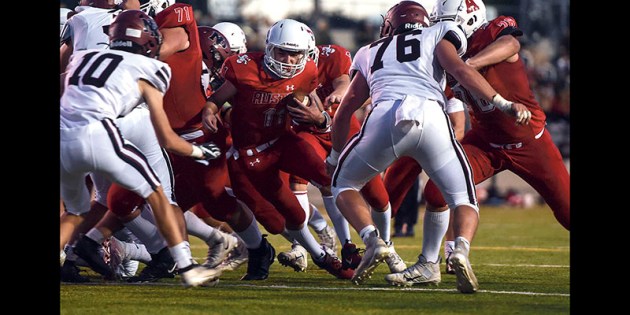 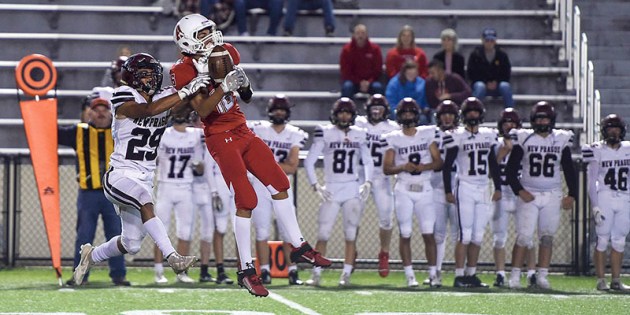 Austin’s Isaac Osgood tries to bring down a pass in front of New Prague’s Aiden Jackson during the first half Friday night at Art Hass Stadium. Eric Johnson/photodesk@austindailyherald.com 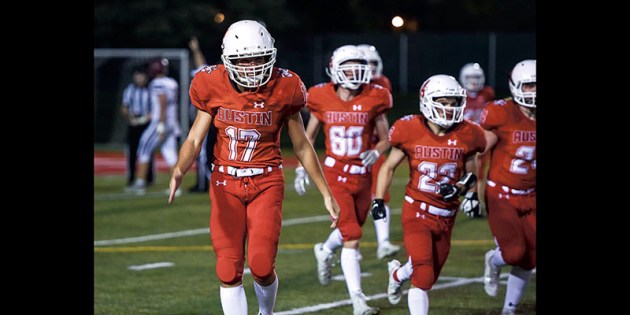 Austin’s Joe Ewing (17) amd the Packers celebrate coming off the field after they recovered a fumble off of punt against New Prague at Art Hass Stadium. Herald File Photo 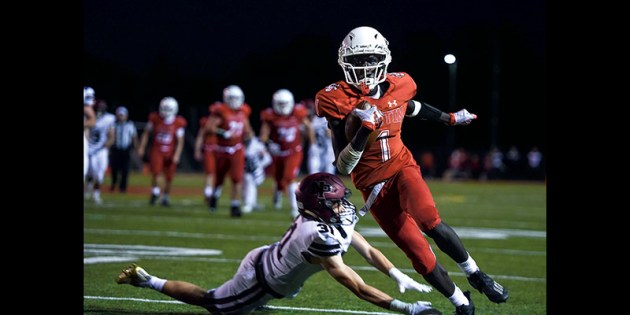 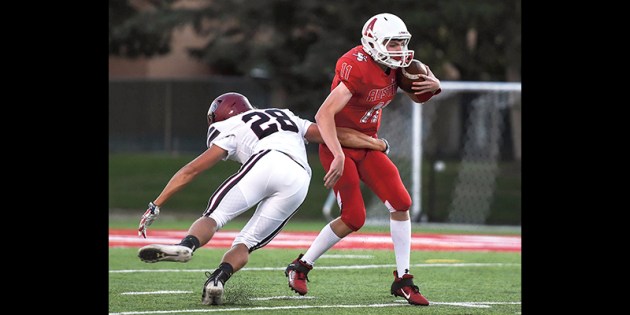 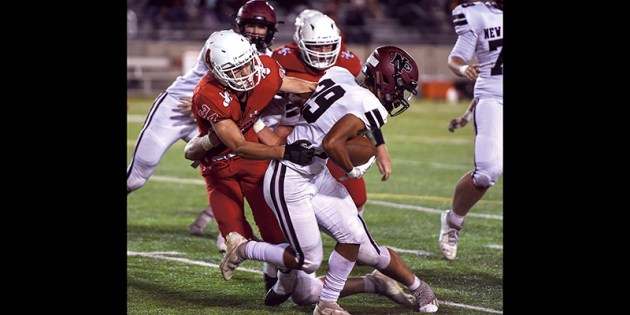 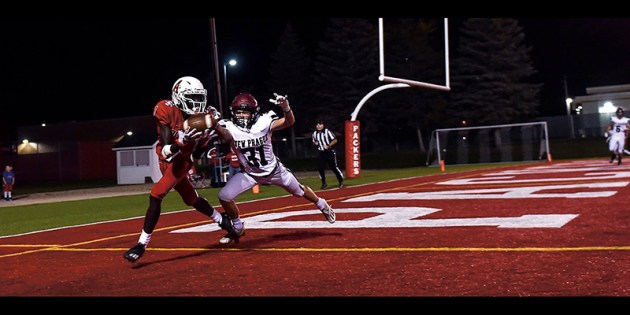 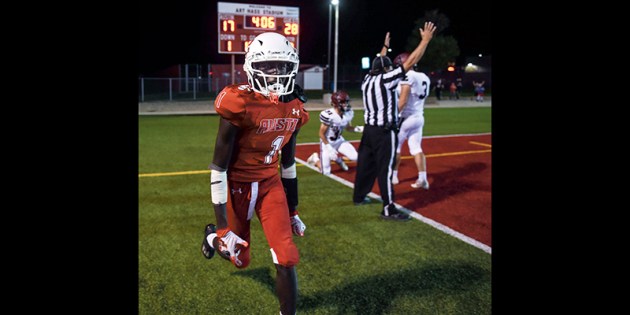 The Austin football team stuck with it after falling behind by 21 points early and they put a second half scare into New Prague, before ultimately falling short by a score of 56-30 in Art Hass Stadium Friday.

The Trojans (2-1 overall) scored twice in the last three minutes with reserves in the game to make the final score more lopsided than the game was, but the Packers were as close as 28-24 after Manny Guy hauled in a 10-yard strike from Jack Lang in the corner of the end zone with 4:06 left in the third quarter.

“We never quit,” said Guy, who had 104 receiving yards. “We stayed in the game and we thought we had a comeback. We worked hard and we fought through it (after the slow start).”

Lang completed all five of his second half passes and two of them went to Guy for scores, including a 54-yarder that brought Austin within 42-30 with 5:49 left in the game.

“We had some fakes in there and the play action was bringing the linebackers up. They were really focusing on our run game in the first half and in the second half, we were able to go deep,” said Lang, a junior. “I can already tell the difference in my play last year compared to this year.”

After trailing 28-7 with three minutes left in the second quarter, the Packers (0-3 overall) took advantage of a couple of New Prague errors to close within 28-17 at the half. The Trojans dropped a punt at their own three-yard line that led to a three-yard TD sneak by Jack Lang and Austin’s Lathan Wilson recovered a fumble at NP’s 32-yard line on the following drive with 14 seconds left.

Lang hit Guy for a 23-yard pass to the nine with one second left and Joe Ewing booted a 23-yard field goal as time expired in the half.

“I’m very proud of the way they competed and fought,” Austin head coach Ed Schmitt said. “They don’t need to hang their heads, we just need to fix the things that we can still fix, like lining up the right way, knowing where we’re going to be on defense and blocking. We made a lot of mental mistakes on both sides of the ball.”