Our Opinion: Be mindful when driving in school zones 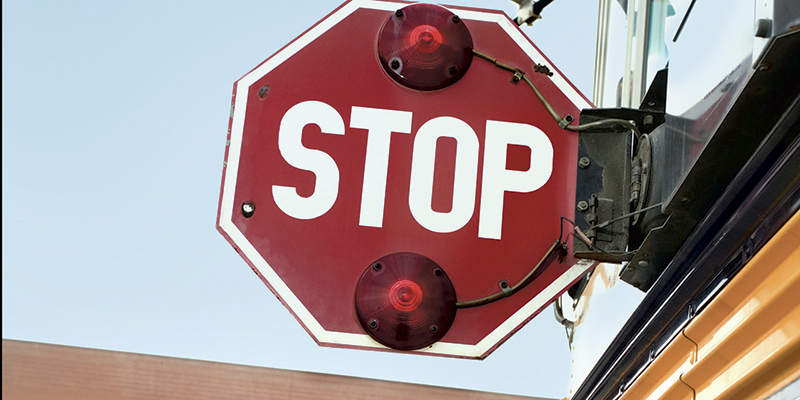 During Monday night’s Austin Public Schools Board Meeting, first-year member and Mower County Sheriff’s deputy Evan Sorenson brought a concern to the board over the safety of children being delivered and picked up for school each day.

His concern arose from observing traffic at the school he was at to pick up his own daughters.

Austin’s schools have done a marvelous job over the years of keeping students safe. At places like Ellis Middle School and I.J. Holton Intermediate School, drivers can often arrive and leave schools in specific ways, turning in prescribed directions with Austin police on scene to monitor the situation and help it remain orderly and safe.

However, the areas around each of the city’s schools can easly become congested and crowded in the morning and the afternoons as traffic comes and goes and students are running throughout.

Adding to the height of the concern is how it can be obvious that many drivers are looking at cellphones while driving in school zones, pausing only briefly to stop at stop signs or even running them.

It shouldn’t have to be said that when driving through a school zone, every single bit of attention should be placed on driving and observing the environment. With so many vehicles, it’s easy for a student to dart into traffic unseen and unexpected.

Ask yourself this: do you want to be at the scene of an accident where a child has been struck because you couldn’t put your phone down for a few seconds or take the miniscule moment required to fully stop at a stop sign? These brief moments can be the difference between a good day and a day changed forever after events unfold that can’t be taken back.

We’ve mentioned this often in editorials in the past, but feel we can’t say it enough times, especially how often it continues to be observed that people are interacting with their cellphones, not stopping or speeding through school zones.

Drivers in these schools take on the added responsibility of keeping children safe by taking just a few simple steps.

Sorenson is taking the first steps to see what can be done to make our school zones safer and we applaud his initiative and thank him for taking these steps. It’s not up to Sorenson alone.

Believe us when we say, there is nothing so important on an ordinary day that you can’t put your phone down for 10 minutes or stop fully.

Remember, a bad day only needs a few seconds of not paying attention.