Off by a hair: Cougars make late save to hold Packers to a tie 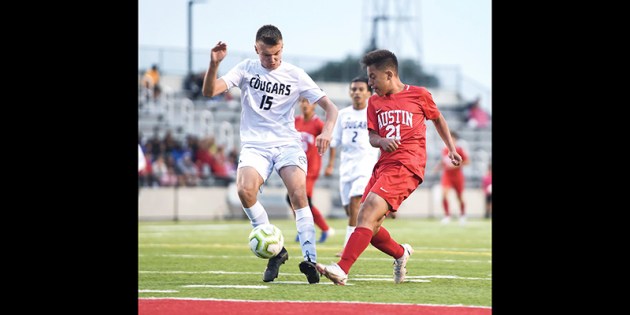 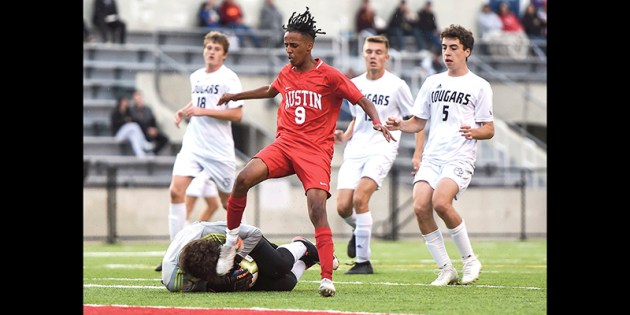 Austin’s Kaleb Tedess vaults over over the Mankato East goalie after a shot in the first half Thursday night at Art Hass Stadium. Eric Johnson/photodesk@austindailyherald.com 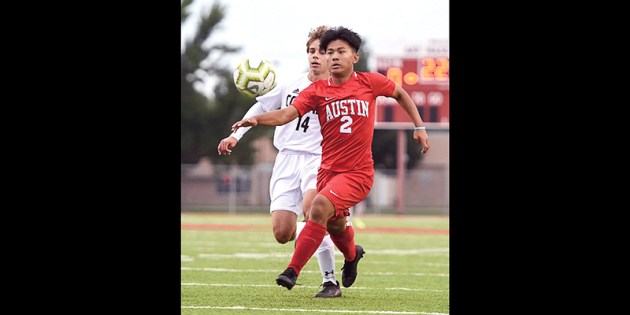 Austin’s Nye Reh tracks down the ball early in the first half against Mankato East Thursday night at Art Hass Stadium. Eric Johnson/photodesk@austindailyherald.com 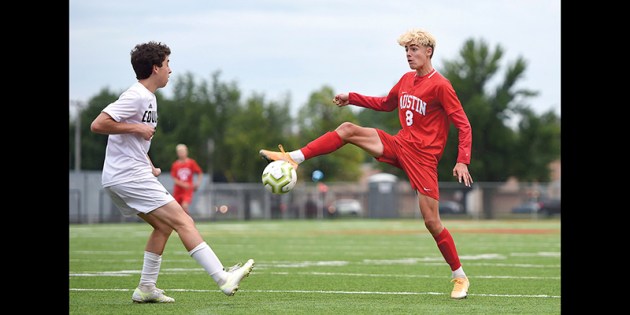 The Austin boys soccer team was about an inch from scoring a goal and a win, but the stars didn’t align as they had to settle for a scoreless tie against Mankato East (1-2-1 overall, 1-1-1 Big Nine) in Art Hass Stadium Thursday.

Emiliano Hernandez-Espindo nearly won the game for the Packers in overtime as he rocketed a shot towards the corner of the net, but Mankato East keeper Owen Quist was able to leap out and get a fingertip on the ball to keep the Packers scoreless with 53 seconds left in the game.

Austin’s Logan Pederson also held his own in net as he made eight saves in net for the Packers (0-0-2 overall) including a pair of diving saves, and a tip save on a shot that took a high bounce off the foot of Sergio Hernandez with 12:03 left in regulation.

Neither team had any big threats in the first half, but Austin nearly took the lead when Kaleb Tedess was denied on a breakaway chance with 26:45 left in the game ,and Joe Ewing just missed putting in a header off a corner kick from Adian Martinez with 13:38 left in the game.

Austin had nine shots on goal, and Levisen thinks the offense can be more effective if they slow things down a bit.

“We want to improve on not forcing the long pass,” Levisen said. “We want to play those short balls back and forth and work our way up. The more we forced the long pass, the more they intercepted it.”

Austin has a big roster turnover this year as it has to replace three All-State players from last year’s team. Although they have just one goal and two ties to start the season, the Packers still haven’t lost a boys soccer game since 2019 and the team has a lot of room for growth this fall.

“There is a reason why you get to play a whole season,” Levisen said. “We’re looking for little things that we need to improve on.”