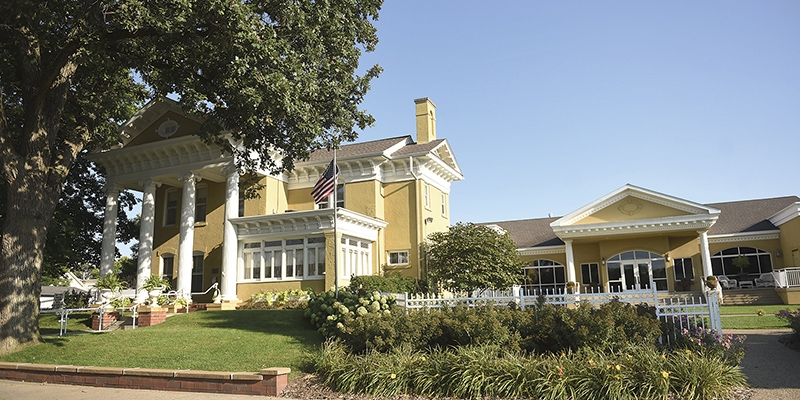 On Sept. 18, the Hormel Historic Home will honor the 150th anniversary of Austin’s most famous house that once belonged to the Hormel Food Corps’ founder.

It’s going to be an opportunity to celebrate history and heritage.

“I really want the town to come together to celebrate the history of one of the pillars of the community,” said HHH Executive Director Cindy Meany. 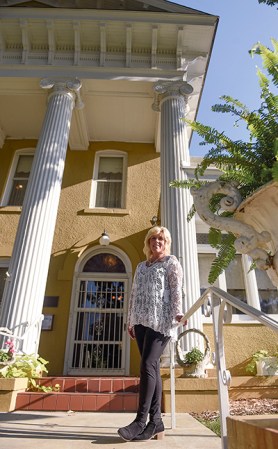 The Hormel Historic Home’s Executive Director Cindy Meany stands in front of the home Thursday. The home will be celebrating 150 years on Sept. 18. Eric Johnson/photodesk@austindailyherald.com

The event will start with gates opening to the Peace Garden at 5:30 p.m. and the event starting at 6 p.m. There will be food, including an array of hors d’oeuvres and a cash bar throughout the evening, as people learn just a little bit more about what became the Hormel Foods founder’s home in Austin.

Included will be Prohibition themed drinks along with Meany getting the chance to show off her own culinary skills with food created for the occasion.

The price for the event is $25 for non-members while members will get a discount depending on membership level.

The original structure was built in 1871 by the home’s original owner, Mayor John Franklin Cook and his family. The home was very different from the HHH that stands today and was purchased by George A. Hormel  in 1901 for $3,000, or just over $96,000 in today’s money. Hormel had the house renovated soon after with work finishing in 1902.

In the years that followed, his wife Lillian Hormel turned the building over to the YWCA in 1927. In the early 1990s the home became the Hormel Historic Home.

Meany began working on the celebration soon after being hired and has been excited to invite people in to relish the history of the home and what it means to Austin.

“We just want everybody to come and have a great time,” Meany said. “Bringing the community together will be the best part of that.”

Festivities will include the Austin Big Band and Second Edition to provide the perfect soundtrack to the evening and past directors will be on hand to talk about their experiences, as well as Meany herself talking about the future.

“It will give everybody a picture of where we started and where we are now,” Meany said.

Others will also have a chance to talk about their personal stories and relationships with the building.

While this event is at its base an attempt to raise funds for day-to-day operations, Meany hopes people will come away with a new appreciation for a building that has been the center of Austin for years.

“It will be absolutely beautiful with lots of lights on the trees,” Meany said of the upcoming evening. “The ambiance will be a spectacle.” 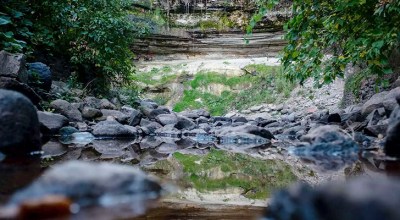