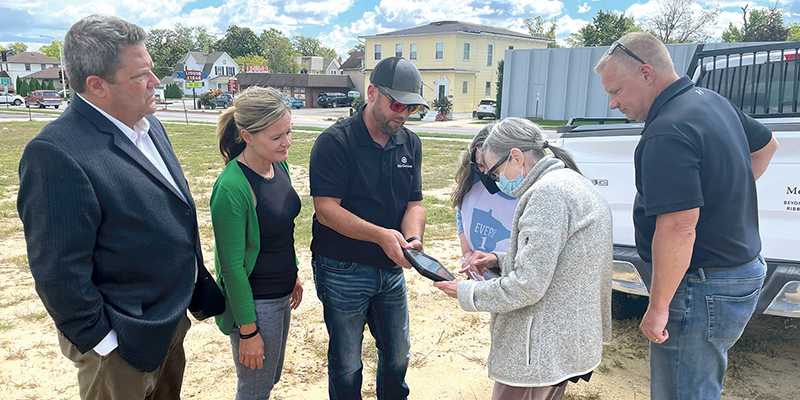 KSMQ Public Television will begin construction on a $5 million state-of-the-art multimedia broadcast facility by holding a ceremonial groundbreaking event at 10:30 a.m. on Thursday, Oct. 7. The new facility will be located at 107 West Oakland Ave. in Austin.

Local and state business and political leaders are expected to attend the ceremony and the public is invited to attend. There will be brief remarks by station and community leadership, weather permitting.

Once complete, the facility and grounds will be known as The Broadcast Center. The 10,200 square-foot building will house the studio and offices of KSMQ Public Television and associated ventures.

The building is expected to be operational during the fourth quarter of 2022.

KSMQ Public Television is a full power, federally licensed independent television station which has operated in Austin since 1972 in leased space at Riverland Community College. The station transmits its broadcast signal over a radius of 55 miles from a 1000’ tower located near Grand Meadow. The new downtown facility is expected to improve efficiency, allowing for more local programming to be produced.

Project management is being supplied to KSMQ Public Television by 45 North Group, Minneapolis. The principal architect is MSR Design, Minneapolis, and McGough Inc. is the general contractor. Legal representation for KSMQ is being provided by Libby Law Office in St. Paul, and Foster Garvey PC, Washington, D.C.

Funding for the project is being provided by several sources: KSMQ Public Service Media, Inc., the Hormel Foundation, the State of Minnesota, the City of Austin and individual members of KSMQ Public Television.