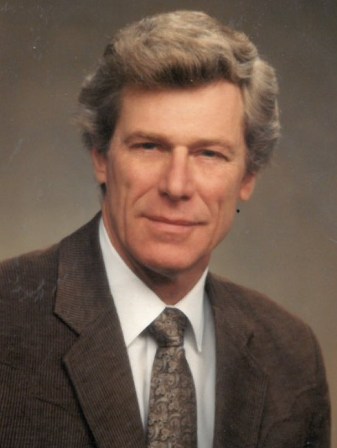 Eugene Oscar “Gene” Holst, age 86, of rural Austin, Minnesota, passed away at his home on Saturday, September 11, 2021 surrounded by family. He was born on October 21, 1934 at St. Olaf Hospital in Austin, Minnesota to Oscar F. and Ludmilla E. (Schramm) Holst and was raised on the family farm. Gene attended Sunny Side School in Red Rock Township through eighth grade, Dr. Martin Luther High School in New Ulm, Minnesota in ninth grade and finished his education at Austin High School, graduating in 1952.

Gene was drafted into the Army in 1957. He completed his basic training in artillery and missile school at Fort Sill, Oklahoma and was later transferred to Fort Carson, Colorado where he was trained in radio maintenance. He was then transferred to Germany for a short time before being honorably discharged in 1958 with the rank of Private First Class. Gene met Janet Johnson of Austin at the Terp Ballroom in October of 1956. They were married on December 28, 1957 and together raised four children. The dissolution of this marriage occurred in 1981.

Gene spent his lifetime farming. He and his brother formed the Holst Bros. partnership with Vic focusing on raising cattle, draft horses, and crops while Gene concentrated on raising purebred Hampshire hogs. His interest in this was developed through his FFA swine projects under the mentorship of his Ag teacher, Don Ritland.

Gene’s career in the swine industry was multifaceted. He exhibited several Champion Hampshires at the county, state, and national levels. He judged many county and state fair swine shows, the National Barrow Show, the Minnesota Spring Barrow Show, the National Hampshire Type Conference, and the International Livestock Show. He held leadership positions in the Mower County Pork Producers, Minnesota Pork Producers Association, National Pork Producers Council, and the Minnesota Hampshire Breeders Association. Gene was a founding member and president of Genetics Unlimited, a national purebred swine marketing organization. Perhaps his greatest honor was being inducted into the Minnesota Livestock Hall of Fame in 1990. His career had him traveling throughout the country and making many friends along the way.

Gene was a gifted carpenter and wood worker, constructing some of his own farm buildings and making beautiful furniture and cabinets for family, friends, and his own home. He passed on his passion and skill for wood working to his grandson, Jacob. He was also an avid Walleye fisherman, catching many trophy fish between 10 and 15 pounds. Gene did his best thinking while working his daily crossword puzzles and was known for his good-humored puns and quips. He was a great conversationalist who loved to talk about his hobbies, hogs, and politics, but his favorite topic of discussion was the Bible. Gene was a member of Trinity Evangelical Lutheran Church of Dexter Township where he was baptized, confirmed, and married. He faithfully served the church in various ways until its closure in January of 2016.

Funeral services will be held on Saturday, September 18, at 1 p.m. at Worlein Funeral Home in Austin. Visitation will take place on Friday, September 17 from 4-7 p.m. and for one hour prior to the service on Saturday. Interment will be in Trinity Evangelical Lutheran Cemetery – Dexter Township.

The family would like to extend a special thanks to Lori Johnson, for her caring and dedicated assistance to Gene for the last several years. They would also like to thank Mayo Clinic Health System – Austin Hospice, without who’s help it would’ve been impossible to honor Gene’s wish to remain in his earthly home until called to his Heavenly Home.

Memorials are preferred to Mayo Clinic Health System – Austin Hospice, Trinity Evangelical Lutheran Cemetery’s Perpetual Care Fund, or recipient of donor’s choice. Worlein Funeral Home of Austin is assisting the family with arrangements. Condolences may be expressed to the family online at www.worlein.com.