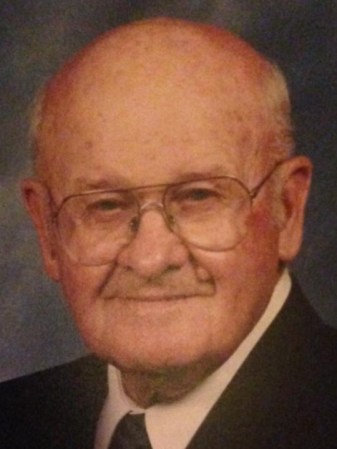 DeVerne was born on September 10, 1925 in rural Worth County, Iowa, to George and Alice (Sime) Johnson. He was baptized on October 4, 1925 and confirmed November 12, 1939. He began his education at District 138 school Freeborn County. He then attended Albert Lea High School graduating in 1943.

DeVerne, proudly served his country during WWII from 1945-1946. He began his farming career after the war.

On September 28, 1952, DeVerne was united in marriage to Darlene Schultheis in Austin, Minnesota. They were members of Deer Creek Lutheran Church rural Glenville, Minnesota. DeVerne was also a member of the American Legion Post 105. DeVerne was a very faithful, humble man. He enjoyed his horses especially hitching up the sleigh to give rides to his grandchildren. He also enjoyed bowling, golfing, camping with the grandchildren, traveling, and gliding on the dance floor with Darlene in his arms. Family times were always loved by DeVerne, a planned gathering or just an unexpected visit.

He was preceded in death by his parents, George and Alice; his wife, Darlene; a granddaughter, Amelia Grace Young; sister Dorothy (Gene) Banken; and brother Robert Johnson.

Memorials may be made to Deer Creek Valley Lutheran Church or to the Lyle American Legion Post 105.

We will always carry your memories in our hearts. Love you.