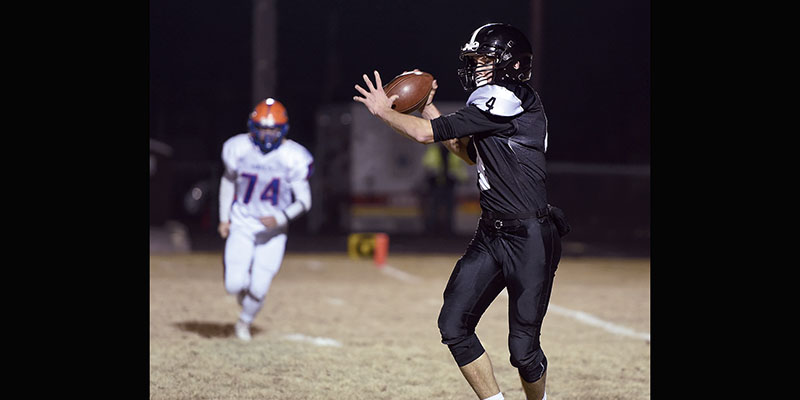 BLOOMING PRAIRIE – Blooming Prairie senior Drew Kittelson is used to making big plays under pressure from the quarterback position, but it looks like he’ll be flipping the script when he goes on to play college football next season.

Kittelson has committed to play college football at Division II Minnesota State-Mankato, but the decision comes with a twist. Kittelson was recruited as a wide receiver.

Kittelson is 8-0 as a starting quarterback and has thrown for 2,136 yards, 31 TDs and three interceptions in those games. But his future took a turn when he went to a camp at South Dakota State University this past summer and was asked to line up at wide receiver for the first time. The following week he lined up at wide receiver at a camp in Mankato and the Mavericks offered him an athletic scholarship.

“I’d never played receiver before this summer,” Kittelson said. “That’s what I’m expecting to do over there and I have a lot of work to do in the offseason.”I know how a quarterback wants you to run a route. If it’s man-to-man, you continue to run your route and if it’s zone, you sit down. We have a great receiver coach here in Justin Khiene and I usually listen in on his meetings.”

BP hasn’t lost a game since it fell short in the state title game in 2018, but the Awesome Blossoms haven’t had too many football players go on to play at the DII level. Kittelson is excited to put his name on that list.

“I’m pumped up. I’ve worked really hard for this, along with my buddies,” he said. “A couple of them have chances for offers too,” Kittelson said. “I definitely don’t want to take it for granted. Not a lot have gone and played at this level.”

BP has made the jump to Class AA this season and the unbeaten Blossoms are thinking big once again. It is Kittelson’s first full season as a starter as he led BP to a Section 1A title game in a shortened 2020 season.

“It’s been a great experience this fall,” Kittelson said. “I had a pretty good season last year and I wanted to go up from there. We have a high expectations this year as far as going to state and winning big games. I want to have fun with my friends and see them succeed.” 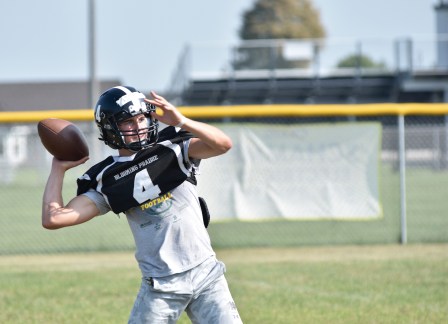 The Mavericks are off a 2-1 overall start to the season. Their lone loss came at the hands of No. 20 Minnesota-Duluth by a score of 30-10.

Gabe Hagen, who graduated from BP in 2020, has three catches for 130 yards for the Mavs. Austin grad Oliver Andersen is also on the Minnesota State roster as a defensive end.

Hagen played a role in Kittelson’s decision, but wasn’t the only factor.

“I’ve always looked up to Gabe and to know that I can play his level is a big deal. I’m really excited to be reunited with Gabe. We’re pretty good friends from our time together on the basketball court,” Kittelson said. “He wasn’t the only reason I’m going there though, I like the coaches and I like the program.”

While he makes the big throws, Kittelson wanted to make sure to tip a hat to the offensive line that does all of the work up front.

“I really want to thank my line. It all starts with them and I don’t think I’ve been sacked this year,” Kittelson said.

The Awesome Blossoms will host Waterville-Elysian-Morristown at 7 p.m. Friday.