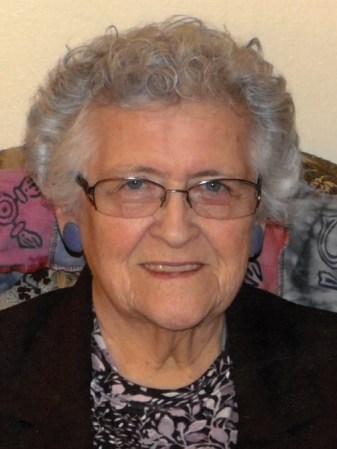 Betty Gabrielson, age 93, of Austin, Minnesota, passed away on Thursday, September 9, 2021, at her home in Austin. Betty Jane Schumaker was born March 12, 1928, to Fred and Elsa (Klunder) Schumaker in Dunbar Township near Minnesota Lake. They then moved north of Wells, Minnesota, where she went to school in Waseca County and Waldorf. Betty worked on the farm and was a caregiver for her grandma. They later moved to Albert Lea, Minnesota, where she met Douglas Gabrielson. The couple married and had two children, Darlene and Edward. They then moved to Austin, Minnesota. Betty had many jobs over the years including, care giver for both her mother and father, waitress, cook, sales, and as a manager for Baskin Robins in the Oak Park Mall for 5 years. She also worked at the St. Mark’s Apartments, Senior Center in the Used a Bit Store, and the Social Security Office. Before losing her hearing, she liked playing cards and bingo. Betty loved to bake, cook, and can pickles. She would always love having her family over for meals. Her family meant the world to her and she cherished her time spent with them. Betty belonged to Grace Lutheran Church for over 55 years.

A family graveside service will be held on Wednesday, September 15, 2021, at Grandview Cemetery, Austin, Minnesota. Worlein Funeral Home of Austin is assisting the family with arrangements. Condolences may be expressed to the family online at www.worlein.com.