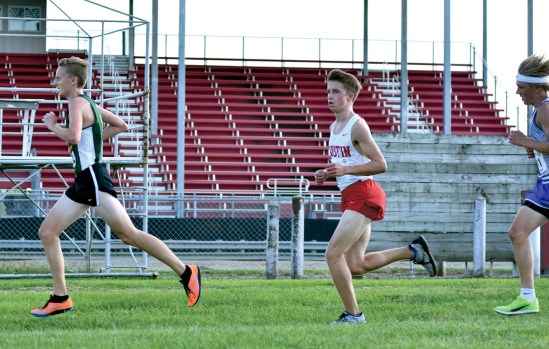 Thomas Herrick runs for the Packers at a home triangular at the Mower County Fairgrounds Tuesday. Rocky Hulne/sports@austindailyherald.com 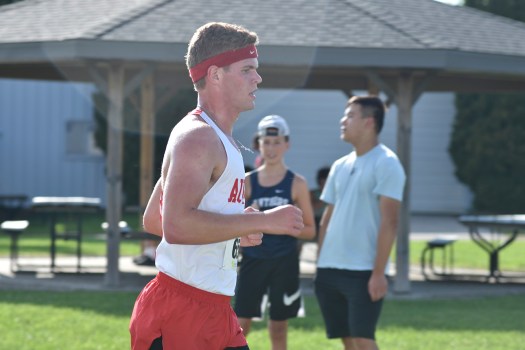 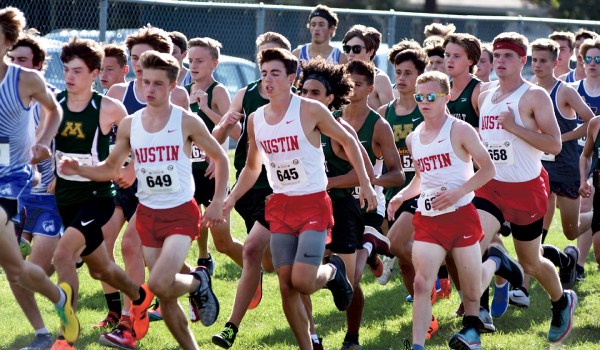 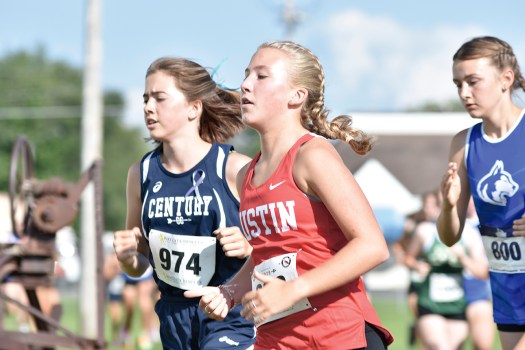 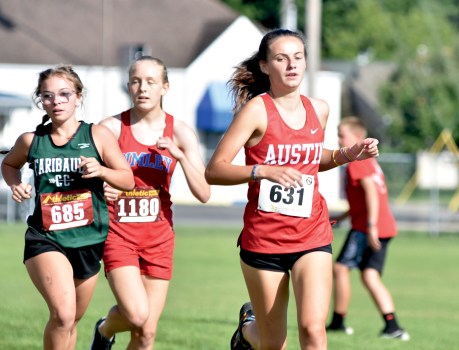 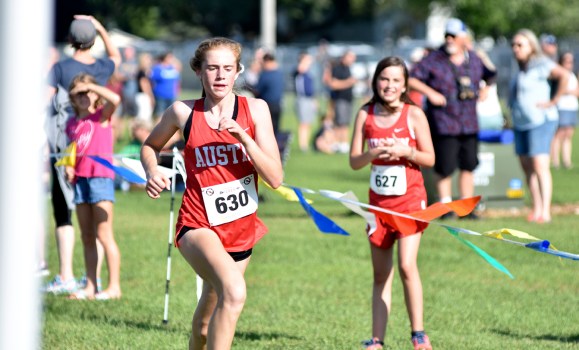 The Mower County Fairgrounds were filled with a lot of sweat, a few running cramps, and a whole lot of smiles as the Austin cross country team hosted its first full meet in two years Tuesday.

After holding small duals and triangulars last season due to COVID-19, the Packers were able to host six teams Tuesday and they ran with inspiration as the boys took third place and the girls took fifth place.

Austin junior Thomas Herrick paced the boys with a ninth place finish and his teammate Joseph Garry wasn’t far behind at 14th place. Herrick said the meet was a relief for runners across the board and he felt the Packers got off to a good start.

“It felt really good being out there with all of those runners. It just brought back freshman memories. I got out faster and that’s because we had about 150 people in our race. You just had to get out to your spot,” Herrick said. “It seems like it’s going to be a pretty good year for us. I thought that everyone had a good race and it’s good to get a race under our legs. We’re going to have a hard week of training coming up.”

“I felt like I had a good start,” she said. “I’ve still got some work to do, but I’ll get there. I’m excited for the season and we’re going to look so much better than we have in the past. We’re going to get faster.”

While early meets are tough on all runners, especially in the heat, the Packers made the most of their first outing.

“It was a really good look at where everyone is,” Vaughn said. “Our coaches were telling us we’re right where we should be. We’re excited to keep training and keep improving those times. Everyone finished, so that’s good.”