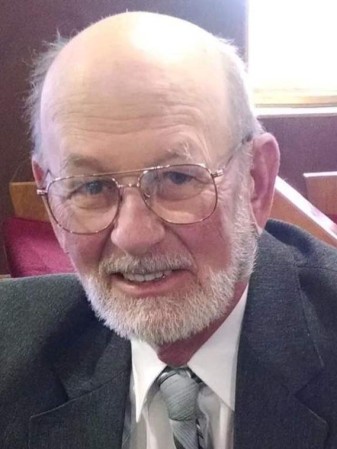 Larry Elton Hilton, 78, of Le Roy, Minnesota, passed away at Wildwood Grove Assisted Living Memory Care on Wednesday, August 25, 2021 at 4:45 am after a long battle with Lewy Body Dementia.

Larry was born at his grandparent’s home near Rolfe, Iowa on November 29, 1942 to Lawrence and Lela (Wilson) Hilton. He attended Plover School in Plover, Iowa for his younger years and Havelock-Plover School in Havelock, Iowa for his high school years, graduating in 1961. Larry attended Emmetsburg Junior College in Emmetsburg, Iowa and later, Iowa State University in Ames, Iowa.

In 1964, Larry was united in marriage to Kathryn (Katy) Webbink at the Plover Methodist Church in Plover, Iowa. After Katy and Larry were married, they farmed in Plover, Iowa. Larry was drafted into the Army and served two years at Tigerland in Leesville, Louisiana. After being discharged, Larry and Katy moved to Elkton, Minnesota where they farmed and Larry and his dad started their business, L.E. Hilton & Sons Tiling.

Larry served as Mayor of Elkton for many years, and was a member of the Adams American Legion Post 146. He worked for ROMAC Concrete in Rochester, CHS in Grand Meadow, and Bob Braaten Construction in Byron.

Larry enjoyed riding his Harley Davidson with Katy. He was a member of the Harley Davidson Owners Group (Southern Minnesota Rochester Chapter). He also rode with the American Legion Riders. Larry loved taking many fishing trips to northern Minnesota and Canada with friends and family. He was skilled in working with wood and metal, making beautiful cribs and decorative items for special occasions. Larry also enjoyed riding horses in his younger years.

He was preceded in death by his parents, Lawrence and Lela Hilton; and step-father, Charles Buckingham.

Funeral services will be held at 11:00 am on Monday, August 30th at Dexter United Methodist Church with the Reverend Jon Marburger officiating. Visitation will be at the Adams Funeral Home on Sunday from 4:00 to 7:00 pm and at the church on Monday morning one hour before the service. Interment will be in the Dexter Cemetery with military honors by Adams American Legion Post #146.