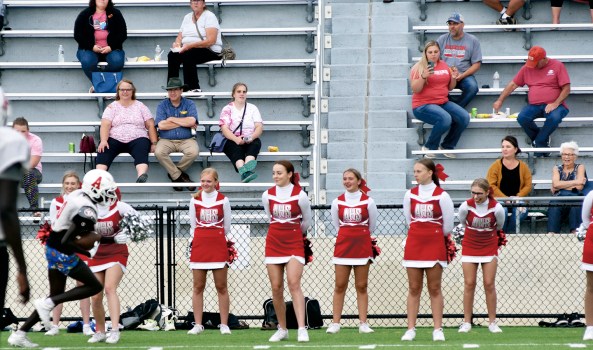 Manny Guy runs along the sideline in front of the AHS cheerleaders at Art Hass Stadium Tuesday. Rocky Hulne/sports@austindailyherald.com 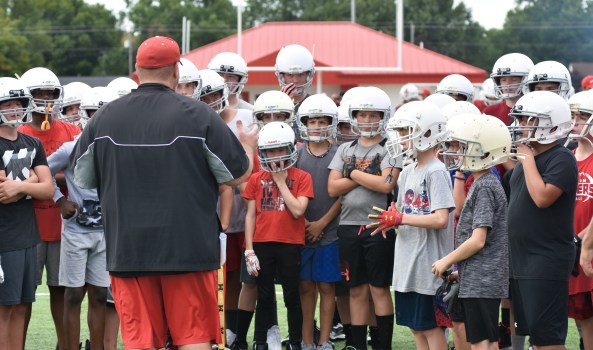 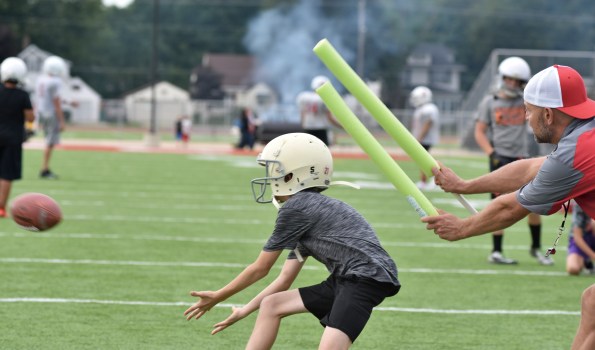 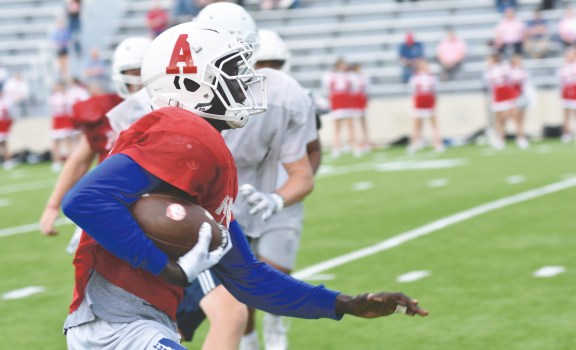 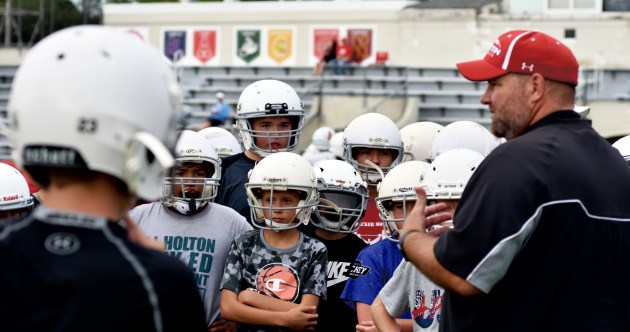 It’s rare that every youth football player in Austin is in the same place at the same time, but the Packers came pretty close to that goal when they hosted  “Supper in the Stands” at Art Hass Stadium Tuesday night.

Arik Anderson, who coaches the eighth grade team, said he has learned a lot from AHS head football coach Ed Schmitt and the varsity players.

“The kids have learned a ton of information and they’ve seen what it’s supposed to look like at the next level,” Anderson said. “For us as coaches, we’ve been able to see how fast they run things. It’s fantastic for both the coaches and the players. Kids gel and then they learn things. They’re going to be so much better when they get older.”

The football program also held a 10-day summer camp for players in fifth through eighth grade and it has helped boost the number of athletes competing in football. After a year of low numbers in 2020, the Ellis Middle School program has a lot more players this year.

Ryan Timm, who coaches the seventh grade football team, said none of his players have been intimidated or blown away by being around the varsity players and their interest has grown this week.

“The numbers are already higher this year, and they’ll probably get higher when we get into school,” Timm said. “Last year was down, but I almost feel like we’re back to where we were two years ago.”

Mixing in a lot of eager middle school players among the varsity players can be a little hectic at times, but it will surely pay off in the future for the Packers, as players are already learning what the program expects of them in the future. Schmitt said the combination of practices and interactions between the different levels of football is vital for the future of the sport in Austin.

“The main thing we’re trying to do is teach our terminology so the middle schoolers know our drills,” Schmitt said. “We’re teaching the coaches how we coach and the words we use so when the players get to ninth and 10th grade, they know our offensive and defensive schemes.”

Nights like Wednesday night are not just fun for players and family alike, they are integral to building a program. As long as the younger players have role models in the high school, they will strive to improve and give their best effort.

In the end, Austin football will be in a much better place.