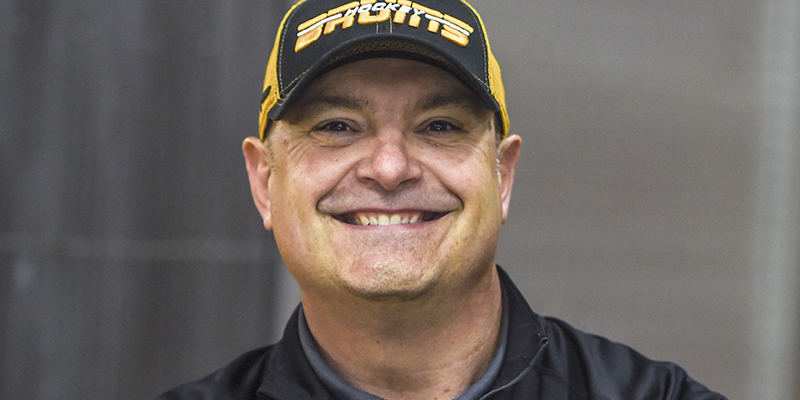 Full disclosure to the readers: I have been a part of the Austin Bruins organization for nine seasons. I was the public address announcer for eight seasons, and also the president of business operations for two seasons. I know the inner workings of this organization, its fanbase, the community supporters, and its leadership. While I am no longer a part of the organization, it remains very near and dear to my heart, and I remain close with its leadership and fans. It’s with this in mind that I reach out to the Austin public and state matter of factly, the Bruins need us, Austin. They know nothing of my letter. This comes from a place of love and care for this team.

For those who may be unaware, the Austin Bruins are a tier 2 junior hockey program operating out of Riverside Arena in Austin. Entering their 12th season, the Bruins are a highly respected team within the league for their development of players and results on the ice. The Bruins have advanced well over 100 players onto colleges throughout the US, higher level junior hockey programs, and yes, even the NHL. Nico Sturm, a current member of the Minnesota Wild, played for the Bruins. There are others: at last count, it was nine players with NHL ties that have laced them up at Riverside Arena.

Like many businesses throughout the country, the Bruins were hit hard by COVID-19, maybe harder than most fans realize. The Bruins, as a team participating in the North American Hockey League (NAHL), rely on corporate sponsorships and advertising for much of its revenue. If we all know one thing, it’s how hard COVID affected many local businesses. Naturally, as businesses cut back, advertising and sponsorships of local programs were cut back as well, meaning less advertising dollars for the Bruins. Now, add on a COVID-shortened season in 2020 and a reduction in fans dictated by COVID protocols for most of last season, it’s safe to say the Bruins were deeply impacted by the pandemic.

Not many people in the community know or understand how much goes into running an NAHL hockey team, and putting on 30-40 home games every season. It takes a lot of moving parts, a committed and dedicated operations and game day staff, and the investment of blood, sweat and tears from its ownership, coaching staff and players. The organization, as a core pillar of its creation by Craig Patrick, and with its co-owner Mike Cooper, giving back to the community through not just financial contributions, but also hundreds of hours of community service by its players was and is paramount. From the now-famous Paint The Rink Pink game, benefiting cancer research at the Hormel Institute, to the Veterans Appreciation games, First Responder Nights, and the Healthy Habits program, the Bruins donate tens of thousands of dollars every year back to Austin and its citizens.

And now, entering their 12th season, I’m calling on all Austin and surrounding community citizens and businesses to reinvest into the Bruins and to show our support for this great franchise. There are many ways to be involved and become part of the Bruins. Interested in the inner workings of a hockey team? Why not join their game night staff during the winter? Interested in getting the word out about your local business? The Bruins have many ways for a business to get involved and advertise with the team. Riverside Arena isn’t just used for Bruins games; It’s used for youth hockey events, tournaments, figure skating clubs, open public skate and private events. With thousands of fans attending events throughout the year, your arena advertising could be a great way to be visible to the public. If you’re a local business looking for a unique employee rewards program, why not reward employees with tickets to the games, or a night out in the Bears Den, the VIP section of Riverside Arena. Looking for a fun gift for birthdays, anniversaries or holidays? How about a season ticket for a family member? Ticket prices for the Bruins are incredibly affordable for all, with concessions and drink sales that are not overpriced like you may find at other sporting events. Looking for a birthday idea for a child? The Bruins have you covered! Bring your child out to the Bruins game for cake, pizza, a visit from Bruiser, and a jumbotron announcement during the game. They will love it!

I’d like to remind all that this message is not endorsed by the Bruins in any way. We as a community need to invest in the Bruins. We need to get involved and support them. They are a tremendous entertainment option during the long, cold nights of winter, and more importantly, they are a key member of this business community. The owners are local, the money isn’t sent off to a big corporation somewhere down the line. It stays here in Austin and is reinvested into the team so that they remain competitive, financially healthy, and stay long term in Austin.

Oh, and this goes out to the City of Austin … Riverside Arena is a beautiful, storied barn. It’s been home to many years of hockey, concerts, community events and memories. But it needs some TLC. I’d like to call on City leaders to research investing into Riverside to update facilities and the fan experience.

Our Opinion: More to fair than just rides