A ride full of memories 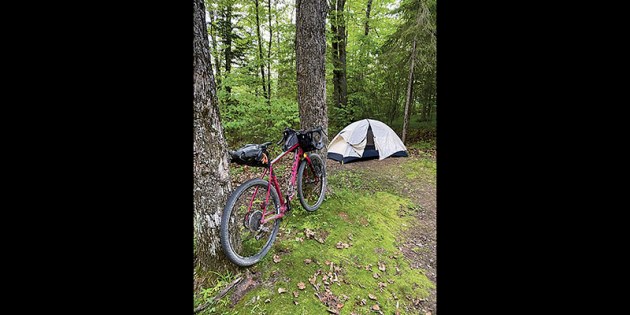 Matt Fluegel will be making use of campgrounds as part of his sleep strategy throughout the trip. Photos provided 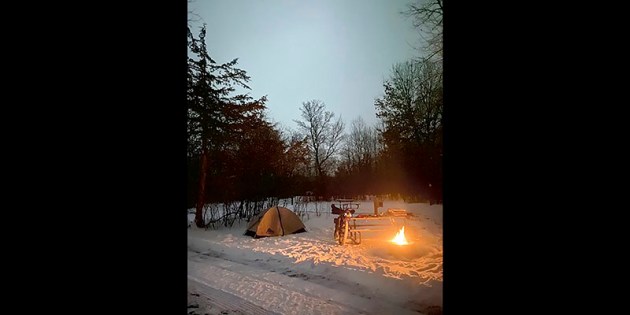 Biking and camping in the winter. 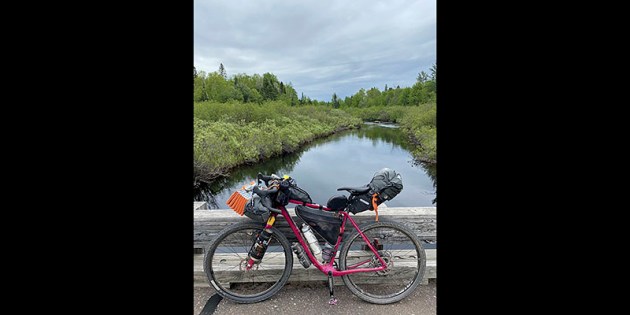 Matt Fluegel is getting ready for a ride that will span the length of the state. 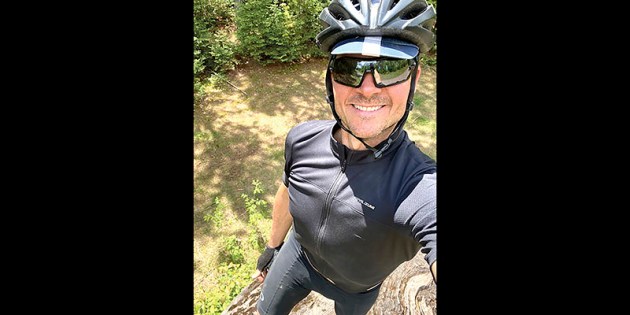 Matt Fluegel learned to ride a bicycle while growing up in Austin in the 1980s. Now he’s ready to take the biggest ride of his life in honor of his hometown.

Fluegel, who graduated from Austin High School in 1995 and now lives in St. Paul, is going to ride from International Falls, where he was born, and trek all the way down to Lyle in the span of four days. The trip will cover 409 miles and it was inspired by Fluegel’s older brother Trent, a 1982 AHS grad, who was going to ride with until he sustained a shoulder injury from riding himself.

“I grew up with a BMX bike and I remember going to the track across from St. Edward’s Church. When you turn 15 and you get a driver’s license, you kind of put your bike away,” Fluegel said. “Later in life, I had gone through a divorce and I needed something to do besides just wallowing in it. My brother talked to me about buying one of those fat bikes that I had always wanted. I took his advice and now I have more bikes in my apartment than I have rooms.”

Fluegel will make the trip entirely on his bicycle and he will either stay at hotels, campgrounds, or state parks on his journey. He hasn’t been able to make any exact reservations because he wants to make as much progress as he can on each day — especially with the smoke from the Canadian wildfires being a factor.

“I’m going to try and sleep as minimal as possible and get there as quickly as possible. I won’t have any concrete plans, because sometimes those things kind of fall apart,” Fluegel said. “This ride was something that I wanted to do a long time ago. It will be cool to make the journey from up border to border. I thought it would be kind of a fun little adventure to do.”

Fluegel’s solo adventure will begin on Wednesday, when his brother will drive him up to the home he was born in and lived for one year in International Falls. He will begin heading south at 7 a.m. Thursday, and he plans on spending Sunday night with his mother in Austin.

Fluegel can typically ride 100 miles in seven hours, but this will be his biggest test on a bicycle. He originally began biking about eight years ago with fat tire bikes and he has evolved into bike camping.

“I couldn’t believe there were fat bikes that could go through snow and it kind of snowballed from there. I started mountain biking and I got into the hobby,” Fluegel said. “I started learning about all of these different avenues you could take with a bicycle. I grew up camping and hiking, biking and this puts all three of them together.”

Fluegel said that anyone interested in bike camping can contact him on social media and he will steer them in the right direction to get started.

It’s a hobby that he is eager to share and he has no desire to give it up anytime soon.

“Once it started, it just got really easy to maintain. It’s kind of a lifestyle,” he said. “ I can’t picture myself not doing this now the rest of my life.  Between the foods that I eat to staying in shape and the people I meet on the road, it’s been a great experience.”