One arrested in connection to dirt bike thefts 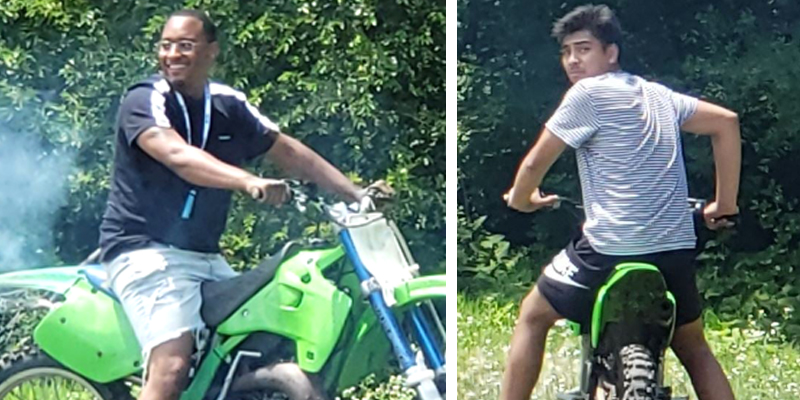 Police are looking for information to identify these two individuals seen riding the stolen dirt bikes. Photos courtesy of the Austin Police Department

Police have made an arrest after two stolen Kawasaki motorized dirt bikes were recovered.

According to Austin Police Capt. Todd Clennon, an officer was dispatched at about 4:30 p.m. on June 29 on a report of two stolen dirt bikes in the 1700 block of Oakland Avenue East. The victim reported that he strapped two Kawasaki dirt bikes on a trailer in his yard on June 27. He went out of town the following morning and the bikes were gone when he returned on June 29.

On July 1, police detectives received credible information that the stolen bikes were at a residence in the 900 block of 14th Avenue Southeast. Detectives conducted a follow up on the information and obtained a search warrant for the address. Upon executing the search warrant, detectives located the two stolen Kawasaki dirt bike motorcycles in the detached garage. In addition, detectives also found drug paraphernalia, a Maverick arms 12-gauge shotgun and a Taurus 9mm handgun in the residence.

Police are also looking for information that could help identify two individuals, a Black male and a Hispanic male, seen riding the stolen bikes. Anyone with information is asked to call the Austin Police Department at 507-437-9407.