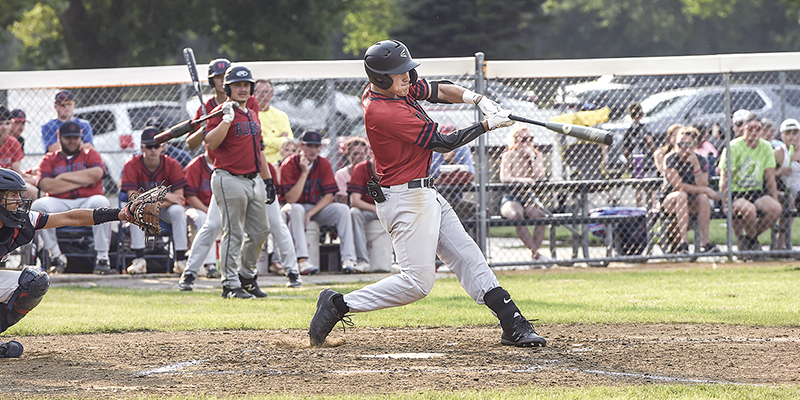 Teyghan Hovland is well known around Austin for his role in sports. The recent Austin grad and St. Cloud State University baseball commit has played big roles for the Packer baseball, basketball and football teams over the past few seasons. But one of his biggest commitments has been hidden behind the scenes.

Besides being involved in sports, Austin grad Teyghan Hovland has stayed busy by volunteering through church. Photo Provided

That may begin to change as Hovland heads for college, especially after he was competing in the Minnesota All-Star Series recently and a teammate stood up and said a prayer in front of everyone.

“I want to travel the world and spread the Gospel, but It’s really hard to do around my teammates, because a lot of them aren’t really acclimated with it,” Hovland said. “That moment at the All-Star Series really motivated me to say ‘I don’t care what other people think. I’m going to share my faith.’”

Hovland has been able to put a lot of time into his faith, even while maintaining the busy schedule of a three-sport athlete. He has made volunteer missionary trips to Ecuador and Denver, Colorado in the past few years and he is hoping to become a missionary after college. 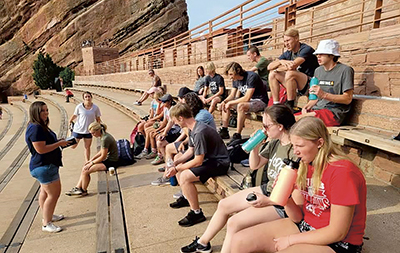 “That’s one of my huge areas in life. I just get to go out and love on people and it’s a great way to give back in a different way,” Hovland said. “It’s been tough with my schedule, but my parents always make time for it. It’s something I’m really dedicated to and it’s something that I love.”

Hovland has been limited with an elbow injury this summer, which means he’ll mostly serve as a pinch runner for Austin Post 91. But he is hoping to be back in full health for the Huskies next spring.