Dear Annie: My husband of a year and I have yet to consummate our marriage. Some background on our situation: We’re both in our 60s, pretty set in our ways and pretty independent, too — so independent that we don’t even live together yet. I was supposed to move into his house, but he’s somewhat of a hoarder and doesn’t want to get rid of anything to make space for me. So, for now, I stay with my son.

Between the hoarding issue and the lack of physical intimacy, it’s a lot. I’m not sure what the problem is. We were intimate during the two years we dated, prior to getting married. Now I’m stuck in a sexless marriage. I feel like I was defrauded. Any advice?

Dear Lady: First and foremost, encourage your husband to see his general practitioner for a full checkup, including bloodwork. The change in his behavior suggests potential underlying issues with his mental and/or physical health.

As for moving in together, establish a firm move-in deadline, and work backward from that date to set smaller deadlines together. Offer to help him organize the house and coordinate pickups from consignment shops and thrift stores. And remind him that this isn’t just about making a little room for you to put your things. It’s about creating the space, emotionally and physically, for you two to build your new life together.

Dear Annie: My husband and I have always happily shared money, but I think you might have missed the mark with your response to “Husband to a Forgetful Wife,” who was frustrated that his wife expected to be paid back money that she loaned him for car repairs, among other things.

Last February, I left a job, co-workers, customers and a boss that had a huge impact on me. My boss is still a mentor to me in my personal life. I left to save costs on day care, to make a more cohesive life for our family and to raise our child the way we think is best. I cook; I clean; I shop; I do laundry; I change diapers; I deal with an angry toddler — and I make his life easier.

All of this to say that if he wants to consider all the money he made while she stayed home his, then he can also view it as he (very cheaply) bought a nanny, a personal chef, a personal shopper, a laundry service and a maid. She was a stay-at-home mom, and that is a whole job title.

Now, sure, should she be more helpful if she can? Absolutely. But the most distressing part of his letter was how little respect he gave to his wife for sacrificing years of her life in a supportive role. He didn’t support her; they supported each other.

Dear ASAHM: Well said, and well taken. Domestic work is work. “Husband to a Forgetful Wife” may be forgetting just how many hours his “Forgetful Wife” logged in that department.

Dear Annie: On the subject of single women who are deceived by married men, “Cracked but Not in Shambles” wrote in saying she feels “sorry for women like that.” That is quite degrading language against someone misled by a liar. I feel sorry for women who make excuses for bad male behavior. That is all.

Dear Deb: That is so very true. When a married person cheats, it’s common to demonize the outside party. But the married spouse is the one who broke a vow.  The root of the problem lies there. 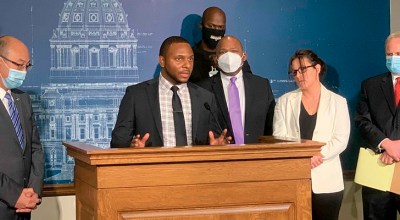 Our Opinion: Austin Expression back in its new home