StarWatch: Three big events in store for this month 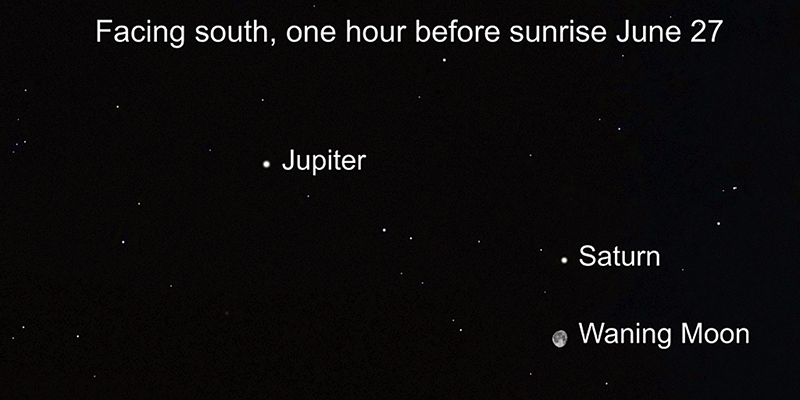 June has three big events in store for us: the summer solstice, the last of 2021’s three supermoons, and a partial eclipse of the sun.

Second, the summer solstice arrives at 10:32 p.m. on the 20th, when the Northern Hemisphere tilts most sharply toward the sun. At that moment a space traveler would see Earth lighted from the Antarctic Circle to the North Pole and beyond to the Arctic Circle on the dark side of our planet.

Last comes June’s full moon, which qualifies as a supermoon by virtue of its closeness. It rises the evening of the 24th, near the juncture of the lid and handle of the Teapot of Sagittarius.

Because June’s full moon is unusually close, its new moon, being at the opposite point in the same lunar orbit, is unusually far away. As seen from some far northern regions of the globe, that new moon lines up so well with the sun on the 10th that if it were closer, it would produce a total eclipse. Instead, those areas see a rare annular eclipse, where the dark moon is encircled by a ring of bright sun.

Jupiter and Saturn begin rising before midnight in mid- to late June, and they’re well up in the southeast to south before dawn all month long. Between the 27th and 29th, watch the waning moon pass below the planets in the morning sky. In the evening sky, Venus hovers near the west-northwestern horizon, in the sun’s afterglow.