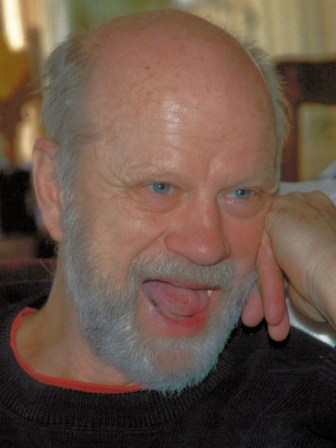 Harry Wright Musser was born in Albert Lea, Minnesota, on February 14th, 1945, a fitting day for a loving man. His father and mother ran Musser and Company in Wells, Minnesota, the largest poultry provider for WWII. After a series of unfortunate events, his family left Wells, and Harry spent his 10th and 11th grades in Mason City, Iowa. His family moved again, and Harry spent his senior year in Austin, MN, where he met and dated Wendy Wangen and graduated from Austin High School in 1963. After graduation, he moved to Mankato to attend MSU and work with his family at the Burton Hotel Restaurant. Harry was drafted in 1967 and was stationed in Germany with the U.S. Army until 1969. Upon his return, he graduated from MSU with a BS in Geography. Harry and Wendy reconnected, fell in love, and were married in 1972. With his mother Jeanette by their side, they purchased the Burton Hotel Restaurant that same year, ambitiously renovating and renaming it “Harry’s Hofbrauhaus”.

An exceptional athlete, Harry had a love for movement and a deep appreciation of sport. He worked as the director of the Mankato YMCA until he left to buy Southview Country Club, renovating and renaming it Ironwood Golf Course and Restaurant in 1976. It was there at Ironwood, later renamed Applewood, that Harry and his wife Wendy spent 44 years (1976-2013) serving the public while raising their biggest life passion, their children. Harry was a committed and loving father and he was immensely satisfied with the lifestyle and values he was able to live out at the Applewood property. Harry loved his staff and had a special connection with his teenage kitchen employees.

Harry’s life was guided by his faith in Jesus as his Savior. He journeyed with grace and courage through 3.5 years of tongue cancer and passed away with his wife and children by his side at the Mayo Health System Mankato on June 7, 2021.

Visitation will be held from 4-7pm, Thursday, June 17, 2021 at Northview-North Mankato Mortuary. Celebration of Life will be 3pm, Friday, June 18, 2021 at Crossview Covenant Church with visitation one hour prior. Please visit www.mankatomortuary.com to share a memory of Harry with his family and view the link for livestreaming.