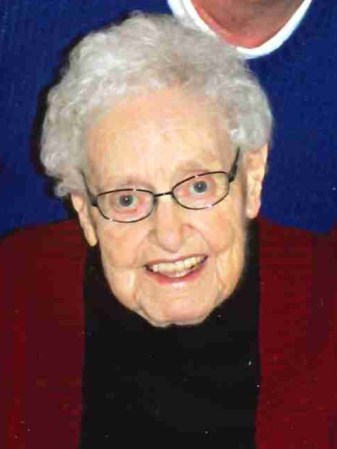 Shirley Cahill was reunited with her husband John, daughter Maureen and baby son Kevin on April 30, 2021 after living a full and rich life until the age of 88. She was born in Red Wing, MN but when she was 9, Shirley and her parents moved to Austin, MN where she attended Columbus and St. Augustine Catholic Schools. She graduated valedictorian of her class in 1951—-a fact she would remind us of quite frequently. She worked in the newspaper field at the Austin Daily Herald, the Des Moines Register and the Mason City Globe Gazette, and eventually held jobs at KQAQ and KAUS radio stations in Austin writing copy.

She married John Cahill in 1961. They had two children enabling Shirley to become the “best Mom ever.” When her husband began his battle with cancer, she started working at St. Augustine’s Church rectory as a bookkeeper. She volunteered as room mother whenever possible, a CCD teacher, Brownie troop leader, chaperone for Mass server trips and school trips, baked pistachio bread on St. Patrick’s Day, and decorated her front windows for every holiday imaginable. In 1979, after the death of her husband, she filled in as the Pacelli Booster Club President and played a significant role in assisting with the Pacelli Golf Day for years. In 1980, she gained the title of Mother of the Year at St. Augustine’s.

Her biggest claim to fame was yet to come. Shirley started playing the piano as a child and one day volunteered to play at a funeral at St. Augustine’s Church “just this once.” Little by little she played for various events until she was in full demand. She took her skills to nursing homes, funerals, weddings, Alzheimer units, and school choirs. For 10 years she led a kitchen band at the Cedars. She developed a music program for the 4-year-olds at St. Augustine’s Grade School where they all called her “Grandma Shirley.” This program lasted 18 years. With her daughter Maureen, Shirley started a guitar group who were regular performers at the Masses at St. Augustine’s Church, and eventually St. Edward’s and Queen of Angels Churches. The guitar group eventually morphed into a group called the Young Oldies who were still performing after ten-and-half years until the start of the pandemic.

When she moved into Sacred Heart Assisted Living in 2016, she was still playing at Sunday Masses at the facility as well as select events around Austin. Along with all her contributions, we all remember her for her sense of humor and her quick wit. She loved a good wine cooler, musicals and Carol Burnett. She was sentimental, loved a good hug, and not afraid of hard work.

She is survived by her son David Cahill and his wife Donna, her sister Carole Hyder and husband Tom, and countless people who were touched by her spirit of love and generosity.

A Funeral Mass will be celebrated 1:30 pm on Wednesday, May 5, 2021 at St. Augustine Catholic Church with Father Richard Colletti officiating. Friends may call from 4-7 pm on Tuesday at Mayer Funeral Home and also one hour before the mass at the church on Wednesday. Interment will be in Calvary Cemetery.