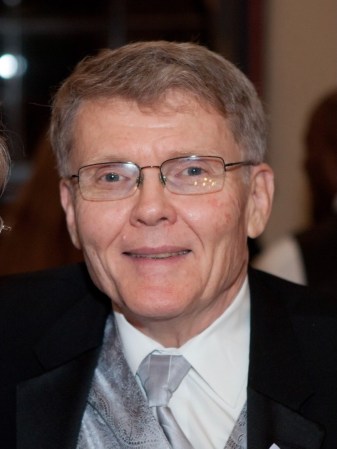 Paul Fredrick Mickelson, of Alexandria, VA, passed away peacefully at home on Sunday, April 25th, 2021 after a nearly five year battle with colorectal cancer. He leaves behind Wanda (Bellrichard) Mickelson, his loving wife of over 56 years, his daughter Lynne Rizzo and husband Joseph of Alexandria, VA, his son Daniel Mickelson and wife Sandra of Burke, VA, his son David Mickelson and wife Tara of Williamsburg, VA, and his daughter Holly Blankenship and husband William of Fairfax, VA; and his 6 grandchildren, Katherine and Rebecca Rizzo; Lauren Mickelson; and Gavin, Hunter, and Colton Mickelson. He also leaves behind his sister, Ann Gallon of Bakersfield, CA.

Paul was born and raised in Austin, MN by his parents Harold and Selma (Bakke) Mickelson. He graduated from the United States Naval Academy in 1965. He then served in the US Navy as an officer on nuclear submarines and as a member of the INSURV board. After retiring from the Navy in 1985 he continued to serve as a navy contractor in the Washington, DC area.

Paul was an active member of Nativity Lutheran Church and formerly of Epiphany Lutheran Church as well as the military history group at the Hollin Hall Senior Center. Paul also maintained strong friendships with his Naval Academy classmates.

Rising commodities costs hit Americans at home and on road

NEW YORK — Rising prices for a variety of commodities are contributing to a jump in prices at the consumer... read more