New world record set on the Mississippi, but for how long? 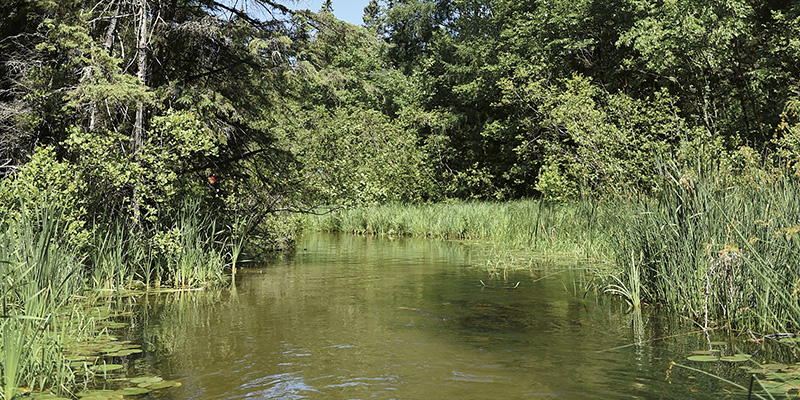 The Mississippi begins winding its way to the Gulf of Mexico in this image taken just off of the Headwaters at Itasca State Park. Eric Johnson/photodesk@austindailyherald.com

This idea of paddling the whole length of the Mississippi River in record time — it’s addictive.

It’s not for everyone: The obsession only seems to affect a very small set within the already pretty small subculture of endurance canoe racers. But for those few people, it’s all-consuming.

Every year or two, someone gets a group of paddlers together and they make a run — maybe to raise money for a charity, or for more personal reasons — and they usually fail. Pretty much always. Somebody gets hurt or sick, or there’s bad weather, or exhaustion overwhelms their motivation and they throw in the towel.

It’s a brutally long river. More than 2,300 miles. It breaks people. It breaks their wills.

That’s part of the draw. At least, it was for K.J. Millhone. Last month, he piled into a 23-foot canoe with his daughter, Casey, and two other world-class paddlers.

“We will all be in the worst place we have ever been in our lives,” he said. “And we are choosing to be in that place together. We will not stop. We will finish this race come hell or high water.”

Just 18 days after taking to the river, he and his crew reached saltwater, claiming a two-decade-old world record by just 8 hours. It’s an astonishing result, considering the less-than-ideal low water levels. But even before setting off, Millhone was confident the team would be able to pull it off.

There’s a longstanding debate over the best way to go after this particular record. Most believe it’s best to take a small, two-person crew in a small, fast river boat. The northern part of the Mississippi is shallow and full of switchbacks, and a smaller boat is more nimble.

Millhone had a different, riskier theory. He opted for a huge, slower canoe with a crew of four. It would be sluggish for the first few hundred miles, but as the river widened, he figured they’d make back the time. A bigger crew means one paddler could sleep, with the rest maintaining an around-the-clock pace.

This large crew strategy has backfired in the past. A bigger crew means more opportunity for arguments to break out, fueled by sleep deprivation and exhaustion.

But Millhone made calculations and ran speed trials, and he couldn’t ignore the math.

“It’s not about the speed, so much,” he said. “It’s how many days you can maintain that speed without stopping to sleep.”

His theory has been tested, and now it’s undeniable. 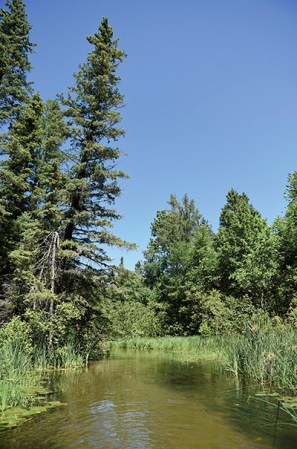 The Mississippi begins winding its way to the Gulf of Mexico in this image taken just off of the Headwaters at Itasca State Park. Eric Johnson/photodesk@austindailyherald.com

For Millhone, the new record is a reclamation. He held the Mississippi record for a short time in the 1980s. How long he’ll get to keep it this time is still unclear.

See, they’re not the only crew taking on the Mississippi this year. Just the first.

Back in 2018, a group of three guys, including Millhone, tried to beat the record. They petered out about halfway there, but not before Miller heard about the trip on the radio, and became consumed by it.

“Millhone seemed like he had something left in the tank,” Miller recalled. “So I spontaneously shot him a Facebook message, asking him if he’d be interested in trying again.”

Millhone was interested. They trained for months — they recruited two more paddlers and were about to make an attempt when the COVID-19 pandemic reached Minnesota.

“We planned this huge thing for a year and a half,” Miller said. “To be thwarted by a pandemic — it was inconceivable.”

Miller works as a nurse in the Twin Cities. He wanted to delay the trip. Millhone did not. The ensuing argument, Miller recalled, went nuclear. Things were said. Horrible, unforgettable things. They split up, recruited new teams, and each set their sights on 2021.

Millhone said the whole debacle worked out for the best.

“We had a messy breakup,” he said. “I think it adds a lot of spice. We’ll get to test who was right, and who wasn’t.”

Miller launched on May 4, almost two weeks after Millhone began his attempt. He and his crew are near St. Louis, about halfway down the river.

Everyone’s going after the record, of course. But really, they just want to beat each other, and to do it soundly. That’s the thing about this trip. You have to have the right sort of motivation, and setting a record alone doesn’t seem to be enough.

The former record — the one that stood untouched for 20 years, set by Clark Eid and his friend Bob Bradford — was another kind of mission.

Eid has been watching the teams’ progress via GPS trackers, and remembering his own tortuous journey.

“We took risks. We took big risks and came out alive.” he said. “Nerve compression and everything aside, the hallucinations were the main thing. I can tell you stories about an argument I had with a burned out tree stump. It will take its toll on you.”

Eid took that trip those years ago to raise awareness for Rett Syndrome, a rare brain condition that had rendered his young daughter bedridden.

He had the rage and grief and bottled energy of any father who can do nothing to help his sick child. So when he could do something, when he could put his hands on a challenge and believe it would help his girl, he paddled with maniacal commitment — to the point of hallucination.

In the end, he beat the previous record by 11 days.

Since then, many teams have tried to beat his record. Younger men in faster boats. People with money and support teams, and until now they’ve all failed.

Millhone might credit his strong crew for the victory, or his new strategy.

But from Eid’s view, it’s all about motivation. It wasn’t Millhone, or Miller, he said, but their rivalry that broke his record.