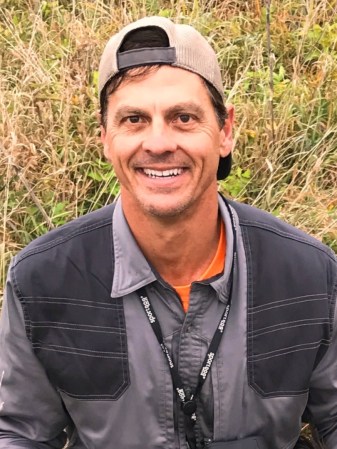 Matt was a member of St. Augustine Catholic Church in Austin. He served on the parish council and he and Kristi participated in a pilgrimage to Italy in 2019. Matt was also a member of the YMCA where he loved to workout and served as a board member for 8+ years.

In addition, he was a member of the Austin Country Club where he spent many hours playing golf with his family and friends. Matt loved Hawkeye sports as well as the Chicago Bears, Cubs, and Blackhawks. However, Matt’s true passion was pheasant hunting. He was introduced to pheasant hunting by his brother, John, and spent nearly every fall weekend since then hunting from dusk to dawn with a pit stop at Casey’s for pizza.

He was preceded in death by his mother, Norma Stasi, and father-in-law, Richard Scott.

Mass of Christian Burial will be held at 1:00 p.m. Friday, May 21st at St. Augustine Catholic Church with Father James Steffes officiating. Interment will follow at Calvary Cemetery. Visitation will be held from 4 to 7 p.m. on Thursday, May 20th at Clasen-Jordan Mortuary. The Stasi family encourages everyone to maintain safe social distancing, continue to use hand sanitizer and wear a mask, during the visitation. In lieu of flowers, memorials are preferred to St. Augustine Catholic Church, Pheasants Forever (pheasantsforever.org), and the Austin YMCA (ymcaatacrc.org).