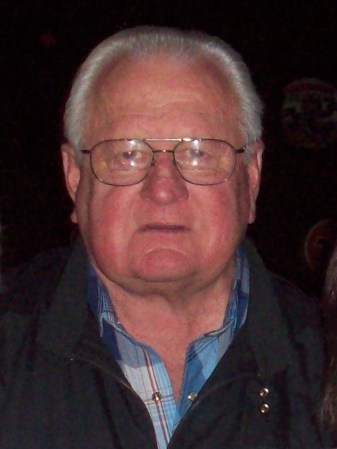 LeMoyne Leslie Kraushaar, age 87, of Hackensack, Minnesota, died Friday, May 7, 2021 in Austin. LeMoyne was born to George and Dora (Klukow) Kraushaar on November 20, 1933 in Austin, Minnesota. He grew up on the family farm near Oakland. Upon graduating from Austin High School in 1951, LeMoyne began working full time on the farm. On June 26, 1955, LeMoyne married Gloria Thompson and together they had three children, Susan, Nancy, and Larry. He enjoyed fishing with his grandchildren, boating, riding the jet ski, snowmobiling in the winter, driving his “65” Mustang convertible, putting miles on his Honda Gold Wing, and of course the casinos. After Gloria passed away in 1989, LeMoyne found friendship from his close companion of 18 years, Barb DeRousse. They spent 18 winters together in Arizona. In later years, he enjoyed spending time at his lake home, watching the sun come up in the morning and the moon at night, while relaxing in his recliner in front of the windows. He will be dearly missed by all who knew and loved him.

The family would like to thank the first responders, nurses, and doctors in the emergency room. A special thank you to Dr. Marcia Rosendahl for taking time from her busy schedule to come to the emergency room. Your thoughtfulness and support at such a difficult time was greatly appreciated.

A funeral service will be held at 11:00 a.m. on Thursday, May 13, 2021 at Worlein Funeral Home Chapel in Austin. Visitation will take place from 4:00-6:30 p.m. on Wednesday, May 12, at Worlein Funeral Home in Austin and will continue for one hour prior to the service on Thursday. Interment will be in Fairview-Oakland Cemetery, followed by a reception at the Eagle’s Club in Austin. Memorials are preferred to the Hormel Institute General Research Fund or recipient of donor’s choice. Worlein Funeral Home of Austin is assisting the family with arrangements. Condolences may be expressed to the family online at www.worlein.com.