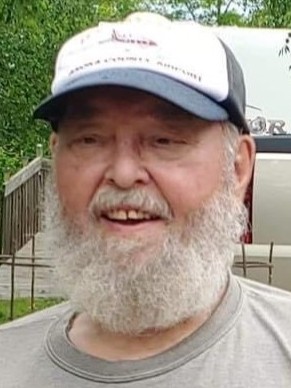 Born “at the age of 3, just as smart as he could be” on Nov 18th 1939 in Freeborn County MN, Kenneth Dean Schied lost his brief battle with urothelial cancer at the age of 81 on May 7th, 2021 while at home surrounded by loved ones.

He was raised in Albert Lea and Glenville before moving to Austin where he graduated high school in 1957. While attending high school, he started his first job setting pins at night in the local bowling alley. He studied architecture until he went to work for Charlie Fox as a delivery driver. One day, he met his future wife Sharon outside a restaurant where he “fell in love at first sight” and courted her for over a year before he finally convinced her to marry him. They enjoyed camping adventures, golfing, and bowling together.

He worked at American Can Company in Austin for several years until it closed, and then commuted to Rochester to work at Crenlo. In 1993, he and Sharon moved to Becida MN where he fished the local lakes for a few years, drove test cars in the Bemidji area, and then shuttled Army recruits to Fargo for Highland Express until February of this year.

He loved hunting and fishing and feeding the animals and birds. In later years he only shot wildlife with his camera which gave him even more joy as he considered Nature and the Great Outdoors his religion.

Ken was preceded in death by his parents Alvin and Violet Schied, and daughter-in-law Amy Schied.

If you were fortunate enough to know him in life, then he would let you know that he was “glad you got to see me.”

Memorials preferred for Urothelial Cancer Research or plant a tree in his memory.