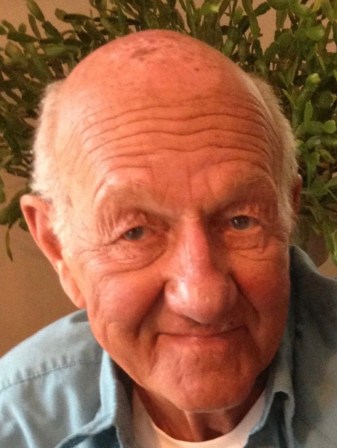 James Roger Goetsch died on Sunday, May 16, 2021 in Aitkin, MN.  He was 82 years old.Jim was born on January 2, 1939 to Louis and Flossie Goetsch in Dodge County, MN at home.  Later they moved to Austin, MN where he graduated from Austin High School in 1957.On January 4, 1958 he was united in marriage to Darlene Cook and together they had 5 children. After living in Iowa for 21 years, they moved to the Isle area where they have resided for the past 41 years. During this time Jim raised pigs, milked cows and then started a machine shop.Jim’s favorite pastime was riding through almost every state on his Honda Goldwing “BluToy”, which was later converted into a trike so he could continue riding until just two years ago. Jim also liked woodworking and built many pieces of furniture for his family, he also enjoyed watching the MN Vikings and the Twins.Jim was preceded in death by his wife Darlene, parents Louis and Flossie Goetsch, Sister Arlene, and Brother Darrell.Jim is survived by, sister Virginia, brother Tom, children Kimberly (Ed) Martin, Marengo Iowa, Annette (Cal) Brown, St. Cloud MN, Christine (Norman) Springer, Isle MN, James (Patti) Goetsch, Princeton MN, and Tracy (Kevin) Kubat, Foley MN, 11 grandchildren and 11 great grandchildren.Jim will be laid to rest at the Grandview Cemetery in Austin MN. There will be a memorial service on Saturday, May 22, 2021 at 1:00 for both Jim and Darlene at Grandview Cemetery.Arrangements by Methven Funeral and Cremation Services- Mille Lacs Chapel, Isle, Minnesota