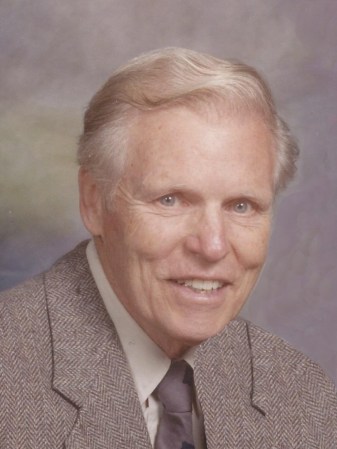 Harlan V. Mandler, age 90, of Merrifield, MN, entered his eternal home with our Lord, at the Minnesota VA Home in Minneapolis, MN on April 28, 2021.

He was born in Adams, MN on October 17th, 1930, son of the late George and Susan (Schaefer) Mandler. Harlan was a graduate of Adams High School class of 1948 in Adams, MN. He was drafted into the United States Army in 1952. After his basic training, on May 31st, 1952, at Sacred Heart Catholic Church in Adams, MN, he was united in marriage to Dorothy E. Corcoran. Harlan went overseas for 15 months to serve on the front line of the Korean War. When he returned from overseas, they were stationed in Colorado Springs to finish his army service. After his service he resided in Austin, MN where they raised their six children.

Harlan was employed at Hormel for 36 years where he worked in many different departments of the plant. He started employment there the day after high school graduation.

Harlan enjoyed his Catholic faith, hunting, camping, living on the lake, enjoying his view from his recliner with his stash of hidden snacks, walking in the woods and lake, playing cards, watching sports, living in Texas for the winters during retirement, and spending time with family and friends. He was a faithful husband, loving father, and grandfather, hard-working, God honoring man of integrity.

In addition to his parents, he was preceded in death by his siblings Donald Mandler, Aaron Mandler, and Bernette (Floyd) Brown.

A memorial mass will be held on Friday May 7th, 2021 at Nativity of Mary Catholic Church, 9900 Lyndale Avenue, Bloomington, MN 55431, at 2:00 p.m. Visitation will be held at the church from 1:00 p.m. until the time of the mass. Harlan donated his body to the U of M Anatomy Bequest program for the advancement of medical science. His remains will be buried at Calvary Cemetery in Austin, MN. Memorial suggestions: Alzheimer’s Association and American Diabetes Association.

Bruins finish with a three point weekend after loss…