Double motivation: Petrik twins push and inspire each other 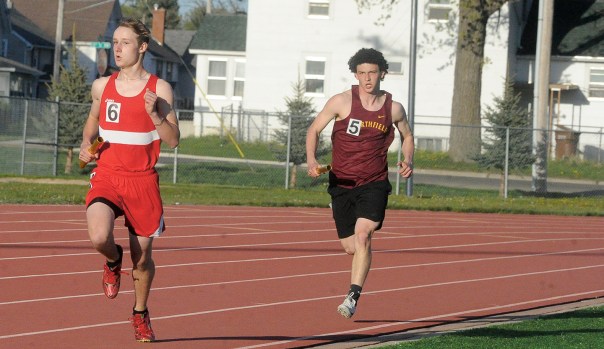 Blake Petrik hustles for the Packers in the 4 x 400-meter relay in Larry Gilbertson Track and Field Tuesday. Rocky Hulne/sports@austindailyherald.com 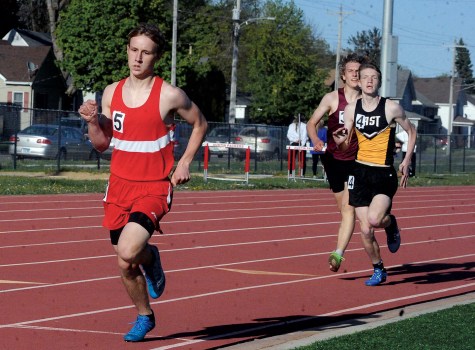 Alex Petrik runs in the 800-meter run for the Packers in Larry Gilbertson Track and Field Tuesday. Rocky Hulne/sports@austindailyherald.com 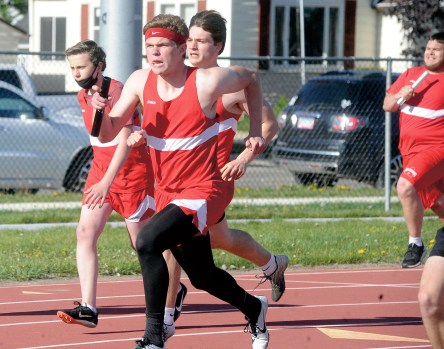 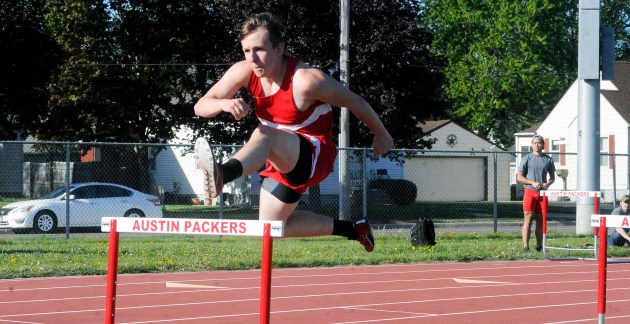 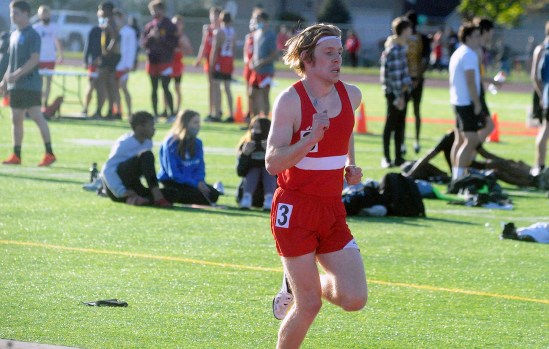 Austin seniors and twin brothers Alex and Blake Petrik put on a solid showing in their final home track and field meet for the Packers during a quadrangular in Larry Gilbertson Track and Field Tuesday.

The night ended with Alex handing off to Blake to close out the 4 x 400-meter relay, which also featured Nicholas Asmus and Kaden Murley, and Blake did what he alway does — he tried to top his brother as he sprinted down the homestretch to give the Packers a second place finish.

Earlier in the night, Blake finished third in the 400-meter run and Alex finished second in the 800-meter run. Blake and Alex have been teammates since they were seventh graders with the Packer cross country team, but they were running 5K races together long before that.

“Every meet and every race that we do, we’re competing with each other,” Blake said. “I always have someone I want to beat, and Alex pushes me to do my best too.”

Alex and Blake also ran on the first place 4 x 800-meter relay team along with Nick Asmus and Jackson Marsh.

The brothers have specialized in middle distance running for the Packer track and field team and they’ve kept their motivation levels high by focusing on personal records and helping the team. They also have a big role model in their father Mark, who is originally from South Dakota.

“We’ve been running 5Ks around the community with our dad since we were in elementary school,” Alex said. “Running is a big part of our lives, being able to have it this year is great and getting faster this year has been fun.”

While they don’t have any more home meets left, Alex and Blake are embracing what is left of the high school track and field season. It’s also highly unlikely that they will give up on running after high school.

“I’m happy for the track season,” Blake said. “There’s lots of good memories out here, old and new. I’m loving every minute of it.”

Joseph Walker took first in the long jump for the Packers with a distance of 20 feet, 2.5 inches.