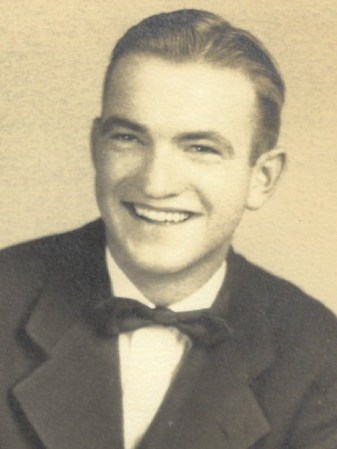 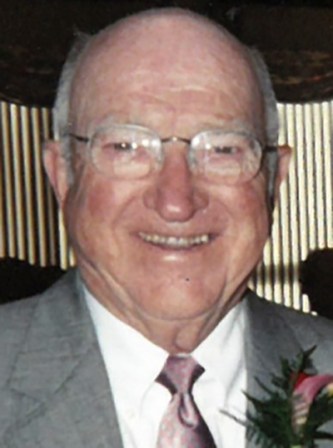 Donald “Don” Derwood Erickson, age 95, of Austin, Minnesota, passed away on Sunday, May 2, 2021 at St. Mark’s Living in Austin. Don was born October 19, 1925 in Austin, Minnesota, the son of Melvin and Katie (Best) Erickson. He attended Austin High School and while in school started his own dance band. Don entered the United States Army Air Corps., serving from 1944 until 1946. Upon his return from the service, he formed Don Erickson Band With The Personality. The popular band played at area venues including the Surf Ballroom, Terp Ballroom, and Monteray Ballroom. Don also played the trumpet until 1950. On July 16, 1948, Don was united in marriage to Shirley Kelly at the Westminster Presbyterian Church in Austin. Don worked for Gildner’s Clothing Store when he returned from the service. After their marriage, they moved to Spencer, Iowa, where Don worked for Gildner’s. Don moved back to Austin to begin a 37-year career with Hormel Foods. His hobbies included, golfing, fishing, hunting pheasants, singing karaoke, and tinkering around in his garage. Don had a wonderful and funny personality and will be dearly missed by all who knew and loved him.

Private family services will be held. Interment will be in Oakwood Cemetery, Austin. Memorials are preferred to the Hormel Institute General Research Fund. Services are prearranged and performed by Worlein Funeral Home of Austin. Condolences may be expressed to the family online at www.worlein.com.