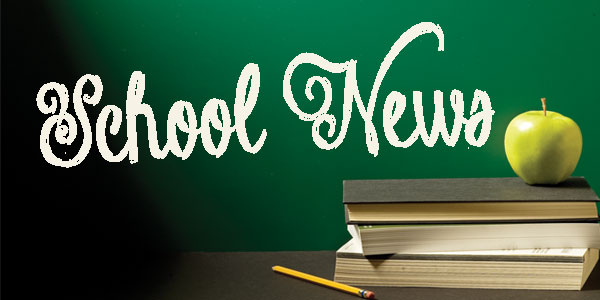 Minnesota school districts are expanding their reach for summer school this year, hoping to provide more academic, mental health and social support to a larger-than-usual share of students who have faced setbacks and stress in the pandemic school year.

But with just two months until the school year wraps up, school leaders are sorting out whether they’ll have the funding and the staff needed to launch the ambitious programs they say are needed. Districts were notified just last week on how much they’ll receive from Minnesota’s share of a second round of federal stimulus money — which includes $57.5 million for expanded summer programming — but don’t know yet how much they will get from a later round of federal funding.

Further complicating the picture is the uncertain fate of a $104.5 million summer school package that was approved by the Minnesota House last month that failed to gain traction in the Senate before lawmakers’ spring break.

While some school leaders are charging ahead with their summer plans, others are hedging their bets and contemplating whether they’ll have to scale back their programs if the financial picture doesn’t sharpen in the very near future. Jennifer Walsh, finance director for Albert Lea schools in southeast Minnesota, said that without more certainty, it’s hard to make plans and start signing up students.

“We just can’t afford to put ourselves into a position of spending funds that we’re not 100% sure are going to be available to us,” she said.

Educators have for months been looking toward summer as an opportunity to make up for time and learning lost this year. Schools across the state have reported higher numbers of students with failing grades, have struggled with absenteeism and dealt with concerns about students’ mental health and well-being.

The hope has been that summer would come with more vaccinated teachers, lower COVID-19 activity and more possibilities for in-person instruction. And instead of following the traditional model, where summer school programs are limited to a relatively small number of students who qualify because they’re struggling in a particular subject, missing credits for graduation or have other specific challenges, school leaders want to cast a wide net.

Many districts are aiming to expand their summer offerings and the number of students enrolled. For example, in prepandemic summers, the North St. Paul-Maplewood-Oakdale district typically offered five different summer programs that ran for a week or two and were limited to a small number of students, many of whom qualified for special education services. This year, the district’s plans call for nearly a dozen programs, open to a wider range of students, and stretching across the summer.

Tricia St. Michaels, the district’s director of students services, said school leaders want to get students extra help in the classroom and face time with teachers, but also opportunities to connect with classmates and adjust to the rhythms of school and socialization.

“One of the biggest pieces, in thinking over the past year about what our students, communities and families have experienced, is continuing to re-establish that relationship kids have with school,” she said.

Some schools are contemplating more programs that could help students get ready for kindergarten, because so many young children stayed home instead of starting school this year or missed out on traditional preschool programs. At the same time, many districts are working with a larger-than-normal number of high school students who missed out on classes, credits or skills they’ll need if they want to begin college or career-training programs in the fall, said Scott Croonquist, executive director of the Association of Metropolitan School Districts.

“They’re focusing on both ends of the spectrum,” he said.

State Education Commissioner Heather Mueller said the additional state money would allow school districts to be more creative in how they reach students. Schools could work with community groups to bring tutoring or services to students at community centers or parks or apartment complexes if they couldn’t get to school. She said schools are ready and willing to adapt to the pandemic challenges if they have adequate funding.

But Republican lawmakers have said they are looking to the millions of dollars in federal help that Minnesota will receive to help schools build their summer offerings.

In addition to the second-round stimulus money schools will get soon, a third round of federal dollars will be headed to Minnesota’s school districts in the coming months. That money, however, won’t be available immediately; an approval process that involves a legislative committee won’t be complete until later this month, at the earliest.

Sen. Roger Chamberlain, R-Lino Lakes, who authored a Senate summer school funding bill, said in a statement that, from his perspective, summer school has already been funded. He pointed to the $2.6 billion Minnesota schools have received from the federal government over the past year because of the pandemic.

“Rather than raising taxes for a one-time need, like summer school, we should use the one-time federal funds for it,” he said.

In the meantime, school leaders are grappling with another potential hurdle: staff shortages. Some district leaders are concerned that many teachers, burned out after more than a year of whiplash between learning models and health risks, may want a break from the classroom. But with more teachers and school staff members fully vaccinated against the virus, more are saying they want to work this summer, said Latanya Daniels, assistant superintendent of Richfield Public Schools.

Daniels said both the staffing and funding uncertainties are challenging, but leaders of her district believe providing a “robust and fun learning environment” for students this summer isn’t just a wish — it’s an essential need.

“This is a priority,” she said. “We are going to figure it out.” 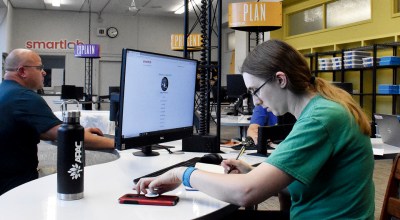 Pacelli moves towards the future in education