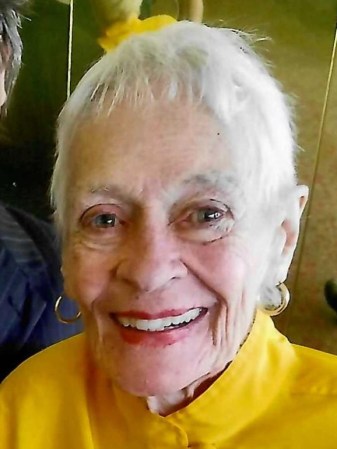 Sally Lou Wilson of Austin and formerly of Rochester, passed away on January 12, 2021 at Good Samaritan Comforcare Center in Austin, Minnesota.

Sally was born on April 20, 1930 in Austin to John and Elizabeth (Betty) Church Jones, the first of three children. She graduated from Austin High School in 1948 and from William Woods College in 1950.

She was married to James Wilson from 1950 to 1971. She was a charter member of Sterling Christian Church in Austin and was one of the organists of the church. She was a member of the Austin Country Club and PEO Chapter CU.

She moved to Rochester in 1971 working first at Dayton’s in the cosmetic area. She then worked at Michael’s Restaurant as their hostess for over 17 years. After her retirement from Michael’s, she continued to do gift certificates for them at Christmastime. She was active with her church, teaching summer bible school for many years. She was also a member of PEO Chapter CK.

A few years after the death of her sister Anne, she became her brother-in-law, Leonard’s, partner. They lived in Park Rapids, Minnesota, until his death in February of 2018. They spent many winters on North Padre Island in Corpus Christi, Texas. Sally moved back to Austin in April of 2018 and lived at Primrose where she rekindled friendships with classmates and took part in activities that Primrose provided. She loved living there.

She was preceded in death by her parents, sister and brother-in-law, Anne and Leonard Beckel, her brother, John Jones, Jr., and nephew, Jeff Beckel.

A graveside service will be held at Oakwood Cemetery in July.

Memorials can be directed to the Hormel Institute for breast cancer research or to one’s favorite charity. Clasen-Jordan Mortuary is in charge of arrangements.