A Racine man suspected of inappropriately touching a 12-year-old girl made his first appearance on Monday in Mower County District Court. 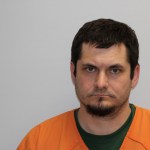 According to the court complaint, a Mower County deputy was dispatched to a residence in Racine on April 20 on a report from a woman who said she noticed “hickeys” on a 5-year-old girl. She also reported that a 12-year-old girl told her that Lavan, who was known to her, had touched her inappropriately.

The woman told the deputy she had noticed “hickeys” on the 5-year-old two weeks earlier. When she asked Lavan about them, he said she must have bumped into” something. She said about two years earlier, the same thing happened. When she confronted Lavan then, he denied having any involvement, after which the marks stopped showing up.

The woman reported that she and someone else had witnessed the 12-year-old girl pulling away from Lavan when he hugged her. When asked why she did that, the girl said that Lavan inappropriately touched her every time he hugged her.

A Mower County Child Protective Services agent spoke to the girl, who described how Lavan inappropriately touched her when he hugged her. She said it had happened several times per year since she was in kindergarten.

The agent contacted Lavan about the accusations. Lavan said it happened when “the girls” were infants and occurred over their clothing. The agent arranged to interview Lavan the following day, but Lavan later cancelled the interview.

A review of Lavan’s criminal record shows a prior conviction for domestic assault.

Lavan will appear in court again on May 6.