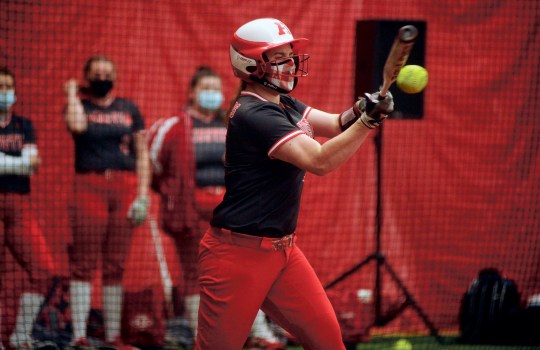 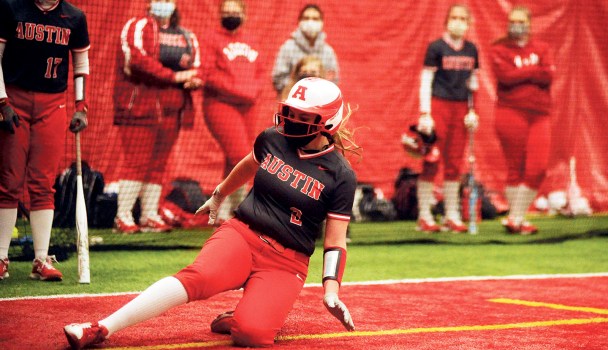 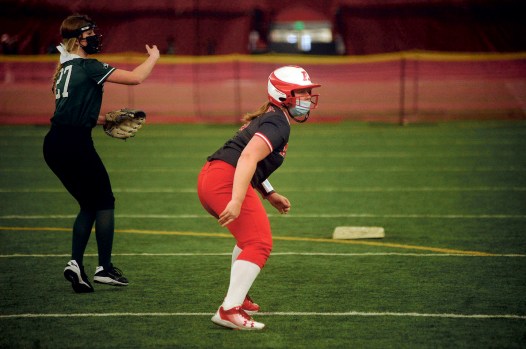 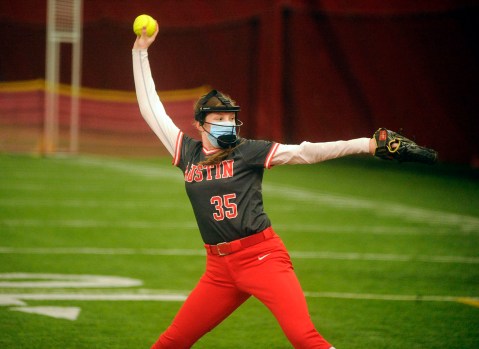 Abby Van Pelt goes through her wind up for Austin. Rocky Hulne/sports@austindailyherald.com

The Austin softball team took another step towards finding a comfort level as it went all seven innings in an 18-10 loss to Faribault in the Packer Dome Tuesday.

The Falcons (1-2 overall, 1-2 Big Nine) took a 7-0 lead into the bottom of the second inning, when the Packers found some offense that included Kate Holtz knocking in a run to bring her team within 8-5.

While Austin (0-3 overall, 0-3 Big Nine) never could grab a lead, it showed a lot more competitive fire than it did in its first two contests, which were both losses by 15 runs or more in five innings.

“Not that a coach is ever super comfortable with a loss, but I can handle this one much better than our first two games,” Austin head coach Lisa Lage said. “They really worked hard as a team yesterday, at practice and they set some goals. They accepted the mistakes we’ve made as a team and they really want to move forward and I think they really did try to put that in play today.”

Austin junior shortstop Lucy Lagervall had a big day at the plate as she laced a two-run double down the right field line to score two runs in the fourth and added a triple later in the game.

“My confidence is growing and my technique is getting better,” Lagervall said.

While the Packers missed out on softball last spring, Lagervall said the team is embracing this season — even if it is one that includes a lot of rebuilding with young players on the roster.

“We’re all a team and we support each other in practice,” Lagervall said. “If we’re down on ourselves, somebody picks us up. We’re very happy to have a season. This year is the closest our team has ever been. We’re all there for each other all of the time.”