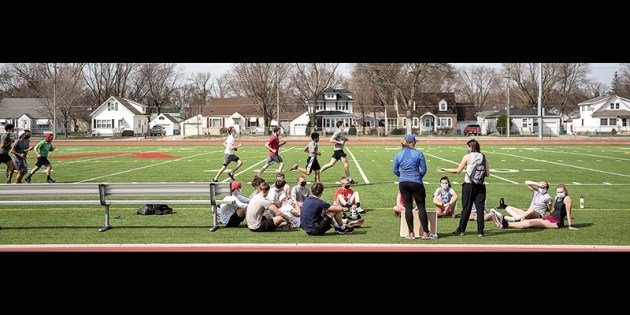 Members of the Austin Packers boys track team warm up in the background as Packer distance runners meet in the foreground on the first day of practice Monday. Eric Johnson/photodesk@austindailyherald.com 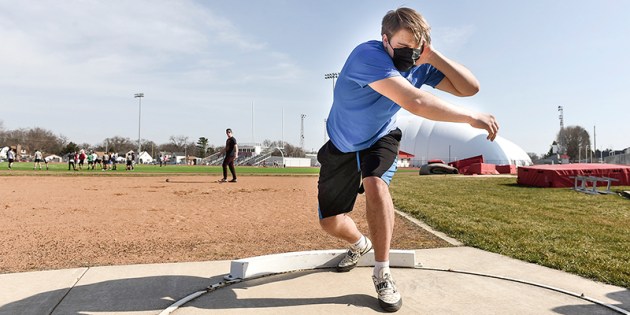 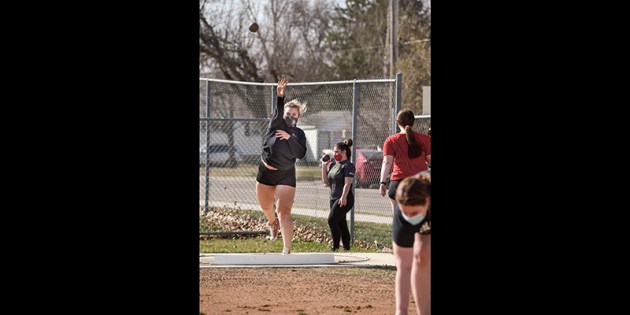 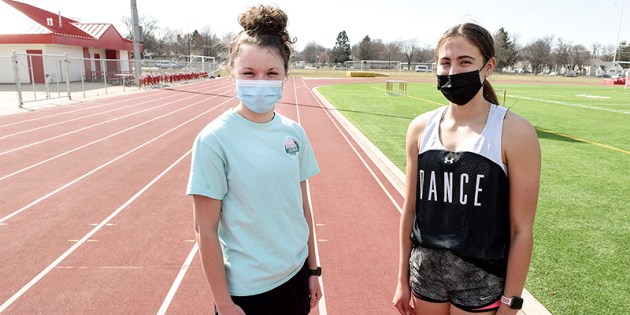 Kendall Glister and Toria Strampe will be looked upon to lead the Austin Packers girls track team this season. Eric Johnson/photodesk@austindailyherald.com 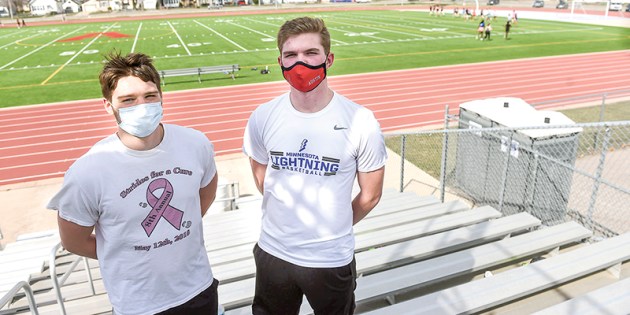 Joseph Walker and Kaden Murley will lead the way for the Packer boys track team this year. Eric Johnson/photodesk@austindailyherald.com 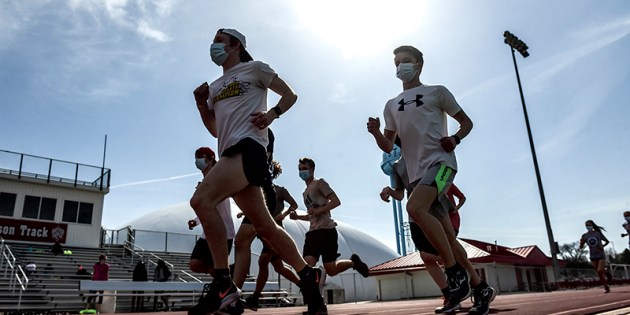 Members of the Austin Packers track team run under the Monday sun for the first day of track practice. Eric Johnson/photodesk@austindailyherald.com

The Packers were back on Larry Gilbertson track for the first time in two years on Monday, and while a lot of things have changed, some things remain the same.

The Packers have graduated two full classes since the team last held a season, but they do have some athletes who know what it takes to land on a varsity lineup. Kaden Murley, a junior middle distance runner, was a big contributor as a wide-eyed freshman, and now he’s taking on the role of a leader as he is fresh off a basketball season that saw him play in the Section 1AAA title game.

“I’m a little bit nervous, but as long as my teammates believe in me and we believe in them, we can do anything,” Murley said. “We’re going to lead them and they can help us become good leaders. It’s going to be a good year.”

Murley said it’s tough to adjust to the new COVID-19 protocols -— which include wearing masks in practice and in between events on meet days. Murley said being able to practice with his teammates has boosted his spirits after going through a 2020 spring that left the whole squad grounded.

“It is starting to feel a lot better. I’ve been keeping myself in shape with all of the sports. It’s kind of difficult, especially with the way basketball season ended, but we have to get back into track running shape,” Murley said. “I have plenty of motivation because I always want to do my best and I want to get to the top level.”

Austin junior Joseph Walker, a sprinter and long jumper, didn’t make a big varsity impact as a freshman, but he’s been hard at work since last spring and he had a breakout season with the football team this past fall.

He said it’s still a tough adjustment to get back to running with track and field form.

“I’ve used the extra time I’ve had to lift and get ready for sports,” Walker said. “I’ve been running and lifting to get ready for track. I missed track a lot last year, a lot more than I thought I would.”

This season will be especially important for the senior class and Toria Strampe, who is one of the team’s top high jumpers, is going to make the most of her final season. She was also a member of the Austin Packer dance team that took second in high kick, and now she’s trying to retrain her muscles for a new competition.

“I want to grow to be better than I was. With a year off, it’ll take some work, but it’s possible,” Strampe said. “I’m really excited to see where I am now. I’ve been working on some stuff at home, but it’s kind of hard without a mat. Hopefully it goes well. It’s really fun to be out here with other people instead of working out on our own.”

Austin junior sprinter Kendall Gilster was one of the Packers’ top speedsters as a freshman and she’s aiming to get her 100-meter dash time under 13 seconds this season. While she’s only been on the track for a short period of time, Gilster has been putting in 5:30 a.m. sprinting sessions at the YMCA and at-home workouts for quite some time.

“I’ve been getting back in shape. It’s so much fun to see everybody getting better and improving. It helps to have teammates motivate us,” Gilster said. “It’s kind of awful wearing a mask when it’s really hot out and you can’t breathe, but as long as we can compete, we’ll be fine.”

If Gilster or any of the other Packers are looking for motivation, all they need to do is reflect on last year as they were stuck at home with no school or sports for the last three months of the school year.

“I missed track a lot last year and it was really horrible,” Gilster said. “It was really sad having to stay home. The season kept getting pushed back and talk of online meets never really grew into anything.”

The Packers will open their track and field season at Faribault at 4:30 p.m. Thursday.