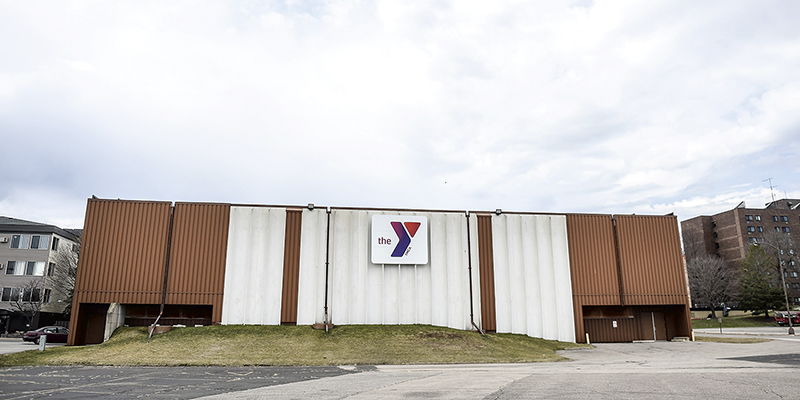 By a narrow margin, the Austin City Council voted in favor of allowing for due diligence on a proposed market rate apartment complex on the old YMCA location Monday evening.

The proposed complex, submitted by the Stencil Group, who built Flats on 21, would include 80-90 units and amenities such as heated underground parking, a dog park, high-end hard surfaces for flooring and countertops and a sky lounge commons area on the roof. It was one of two market rate proposals heard by the council during the session.

The council’s vote also authorized the City and the Port Authority to negotiate terms with Stencil Group over the next six months with the hope of groundbreaking this fall.

Councilmember Mike Postma (Second Ward) told the Herald he supported the proposal because of the location, the number of units, and because the City has prior experience working with Stencil Group.

“This is an opportunity we probably won’t have again; a three-plus acre site in our downtown,” he said. “I know that market rate is hard to get and I was pleased to see not one, but two market rate developers came out with proposals.”

“I’m excited to have an offering that we don’t have in town; an urban class-A rental unit,” he added. “I don’t think a lot of Minnesota towns will have something to compare with this. I think it will be a showcase for our community and help to build the downtown area.”

The vote comes two weeks after the council tabled a discussion on the Mill Pond Apartments, a proposed low-to-moderate income (LMI) workforce housing complex from Three Rivers Community Action, Inc., who wished to build on the same location. Three Rivers is the same organization that built Fox Pointe Townhomes.

The Three Rivers proposal, which would have included 48 units and was dependent upon location in order to qualify for the Minnesota Housing Tax Credit, was supported by the Austin Housing and Redevelopment Authority (HRA). The proposal was tabled after several council members and Mayor Steve King argued the location would be better suited for market rate housing versus LMI housing given its proximity to downtown amenities. King also added that market rate developers had shown interest in the old YMCA location.

Councilwoman Joyce Poshusta (Third Ward), who voted against the Stencil Group proposal, said that Three Rivers had already put in the necessary work.

“I’m not opposed to market rate housing,” she said. “I want market rate housing here and I would like to see both projects happen. I was opposed because Three Rivers was the first to show interest and had already come in, did a lot of legwork, and had a beautiful proposal for us. This location is so crucial to the points they need for the tax credit. I felt that we were throwing them under the bus.”

The council expressed support for finding an alternative location for the Three RIvers proposal. King told the Herald that HRA director Taggert Medgaarden was asked to locate other possible sites near the downtown area for that project.

“What it boils down to is we’re for all housing,” King said.

“I was happy to make the commitment to pursue a low-to-moderate income project in the downtown area and I was glad to see that the mayor was committed because we need both,” Postma said. “I hope soon you’ll see two great developments in the downtown region.”

“We hope that Three Rivers still has interest and explores other sites,” Poshusta said. “From what I’ve heard, that has not been discussed, so I hope they still have interest in our community.”