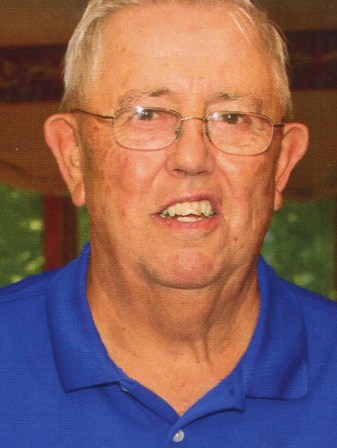 Bernard A. “Bernie” Mullenbach, 88, of La Crosse passed away on Sunday, April 18, 2021 at Riverside Transitional Care, La Crosse. He was born October 9, 1932 to Tony and Martha (Georgen) Mullenbach near Johnsburg, Minn. He attended Sacred Heart Grade School and Adams Public High School in Adams, Minn. and graduated in 1950. During high school he worked for the Adams Lumberyard unloading wood products from railroad cars.

Bernard was a lifelong member of the American Legion and the Knights of Columbus. He also served his church, Mary, Mother of the Church Parish in La Crosse as an altar boy, usher, and member of the Men’s Club.

He is survived by his wife, Betty; son, Daniel, and three daughters, Ann, Carol, and Beth and their families.

He was preceded in death by his parents, Tony and Martha Mullenbach; sister, Agnes Mullenbach, and granddaughter, Sarah Mullenbach.

He will always be remembered for his many talents and hard work ethic. The family wants to thank many people who he received care from and for the kindness and special conversations or visits he enjoyed.

A funeral mass will be at 10:30 am on Saturday, April 24, 2021 at Mary, Mother of the Church Parish (2006 Weston St, La Crosse), Father Brian Konopa will officiate. Burial with military honors will follow at Mormon Coulee Memorial Park Cemetery. A luncheon will follow at the Moose Lodge on Ward Ave in La Crosse. A visitation will be from 4 pm until 7 pm, Friday, April 23, 2021 at the Jandt-Fredrickson Funeral Home, Woodruff Chapel, (4239 Mormon Coulee Rd. La Crosse) and from 9:30 am until the time of mass at the church. Online condolences may be sent at www.jandtfredrickson.com.